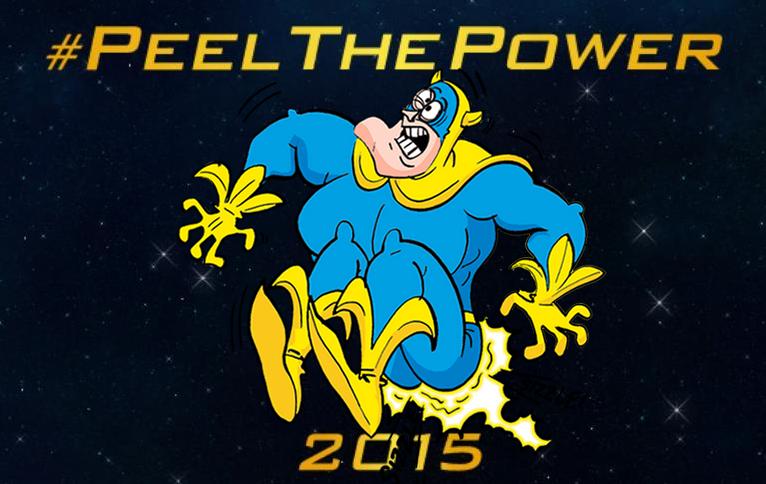 A daft, but well-meaning and super-strong super-hero, looks to be getting his super suit ready for his movie debut in 2015. We are of course, not talking about Ben Affleck as the Dark Knight but rather that certain super-hero who resides at 29 Acacia Road, Bananaman. We’re going back to the ‘80s here so, for the unaware, Bananaman was actually a young boy called Eric Twinge who turned into his alter-ego, Banaman whenever he ate, you guessed it, a banana.

The potassium overdosing super-hero first had everyone’s eyes peeled on him when Dave Donaldson’s original idea made its comic strip debut in Nutty comic in 1980, later flying over to The Dandy. Given the success of the comic strip hero, a television cartoon series was born which ran for forty episodes between October 3, 1983 and April 15, 1986 with the comedy trio, The Goodies voicing the majority of the characters.

Bananaman continues fighting the likes of General Blight, Appleman and King Zorg and the Nerks to this very day as, despite the Dandy print comic ending in December, 2012, he can still be found in the digital version and all new Banaman strips continue to run in The Beano.

The news itself of an actual feature film has not been officially confirmed but the website BananamanMovie.com has reared its head and and appears to be a DC Thomson (Beano and Dandy) registered domain. Take a look at the smaller print and you will also see that this reported project is related to Elstree Studio Productions and is all set for a 2015 release date.

Are we all ready for a blast from the past with some Bananaman action? We certainly are and, if it proves as popular as we hope, who’d be up for a Rentaghost or SuperGran feature film?

We’ll leave you with the intro to the original TV series.