Whilst kids rejoice year in, year out when good ol’ Santa Claus comes bearing gifts, fans of the original Bad Santa have had to endure a wait of all of 13 years before being able to start celebrating Billy Bob Thornton’s return as everyone’s favourite anti-hero, Wille Soke. And to start the Christmas celebrations early, Entertainment One have let a red band trailer out of the sack.

Fuelled by cheap whiskey, greed and hatred, Willie once again joins forces with his angry little sidekick, Marcus (Tony Cox), this time to swindle a Chicago charity on Christmas Eve. Along for the ride is ‘the kid’ – chubby and cheery Thurman Merman (Brett Kelly), a 250-pound ray of sunshine who brings out Willie’s modicum of humanity.

Mommy issues arise when the two are joined by Kathy Bates, as Willie’s “horror story” of a mother, Sunny Soke. Bates’ character is described as a super butch super bitch who’ll raise the bar for the gang’s ambitions, while somehow lowering the standards of criminal behavior. And if that wasn’t enough, Willie is further burdened by lusting after the curvaceous and prim Diane, played by Christina Hendricks, the charity director with a heart of gold and libido of steel.

You better watch out: Bad Santa 2 is coming to town this 23rd of November. In the meantime, we’ll leave you with the big red trailer; just make sure the kids are sleeping before you watch it… 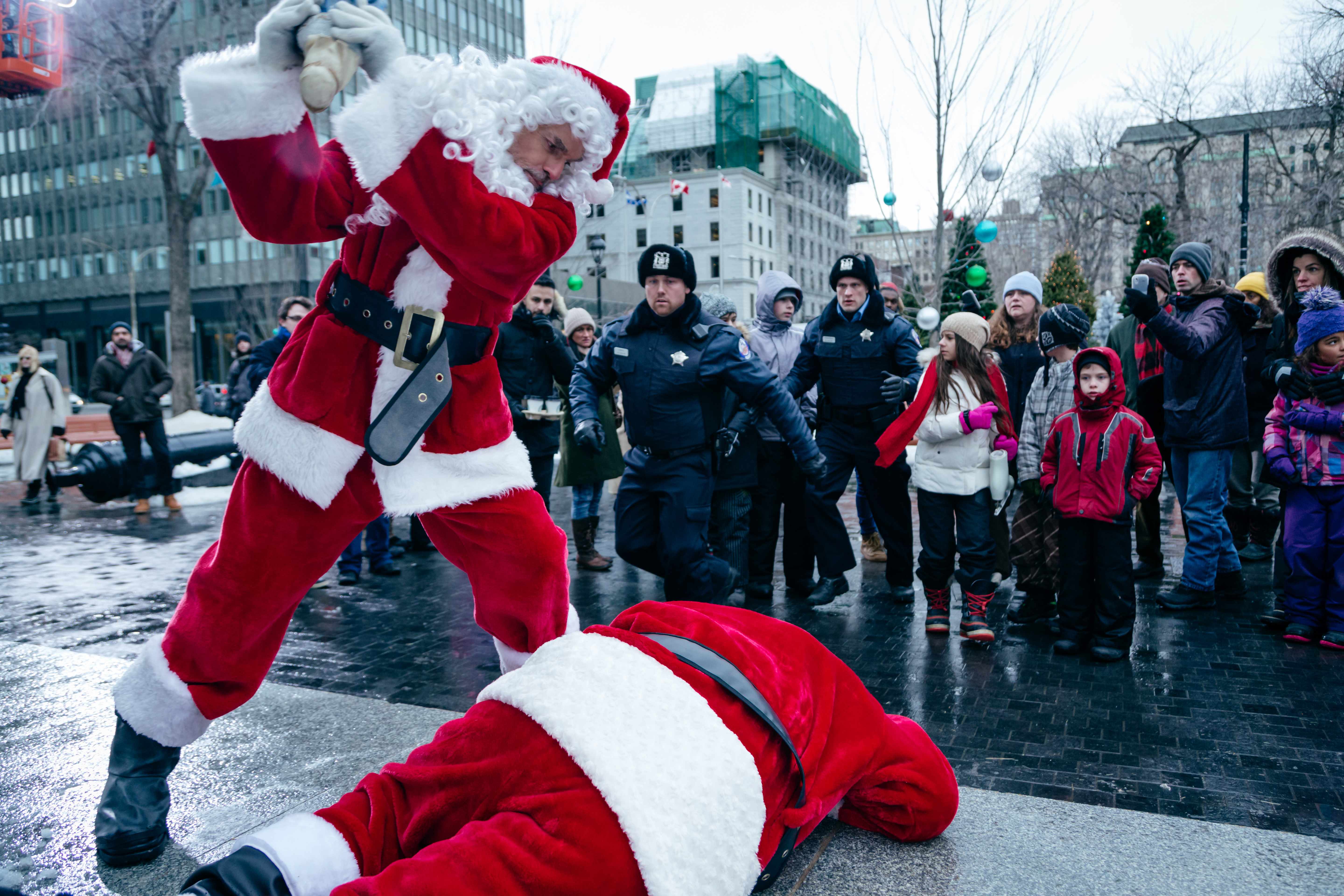