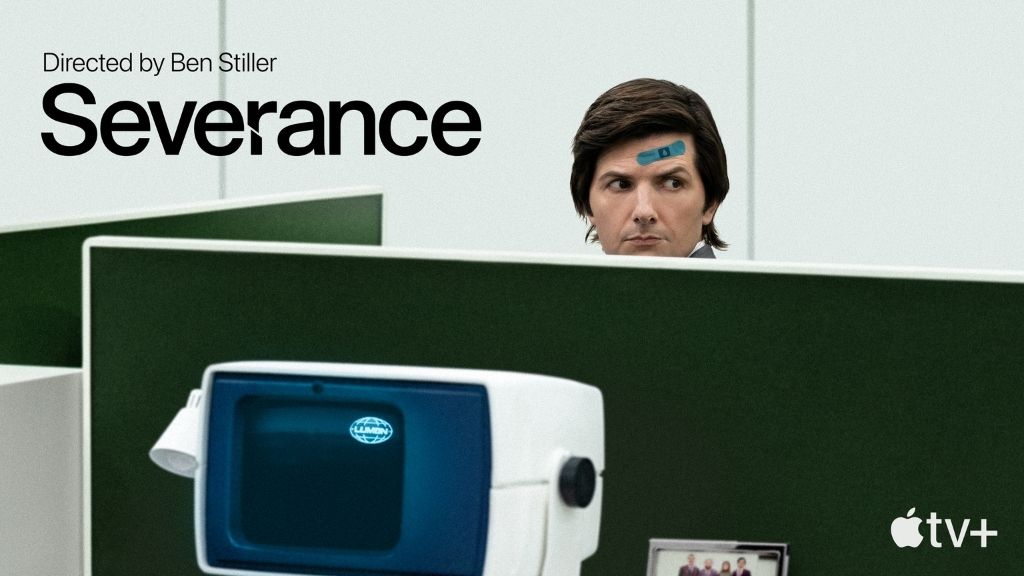 Apple TV+ has just dropped the first trailer for its highly-anticipated new workplace thriller series “Severance” (nothing to do with Christopher Smith’s gory “workplace” horror-comedy of the same name).

Directed and executive produced by Ben Stiller, and written and created by Dan Erickson, and boasting a stellar ensemble cast including Adam Scott, Patricia Arquette, John Turturro, Britt Lower, Zach Cherry, Dichen Lachman, Jen Tullock, Tramell Tillman, Michael Chernus, and Academy Award winner Christopher Walken, “Severance” follows the trials and tribulations of Mark Scout (Scott), team leader at Lumon Industries, whose employees have undergone a severance procedure, which surgically divides their memories between their work and personal lives. This daring experiment in ‘work-life balance’ is called into question as Mark finds himself at the centre of an unravelling mystery that will force him to confront the true nature of his work… and ultimately, of himself.

“Severance” will premiere the first two episodes globally this coming February 18 on Apple TV+, followed by new weekly instalments every subsequent Friday over the course of its nine-episode season.

In the meanwhile, we’ll leave you with the brand new trailer which will have you waiting impatiently for the show to arrive.