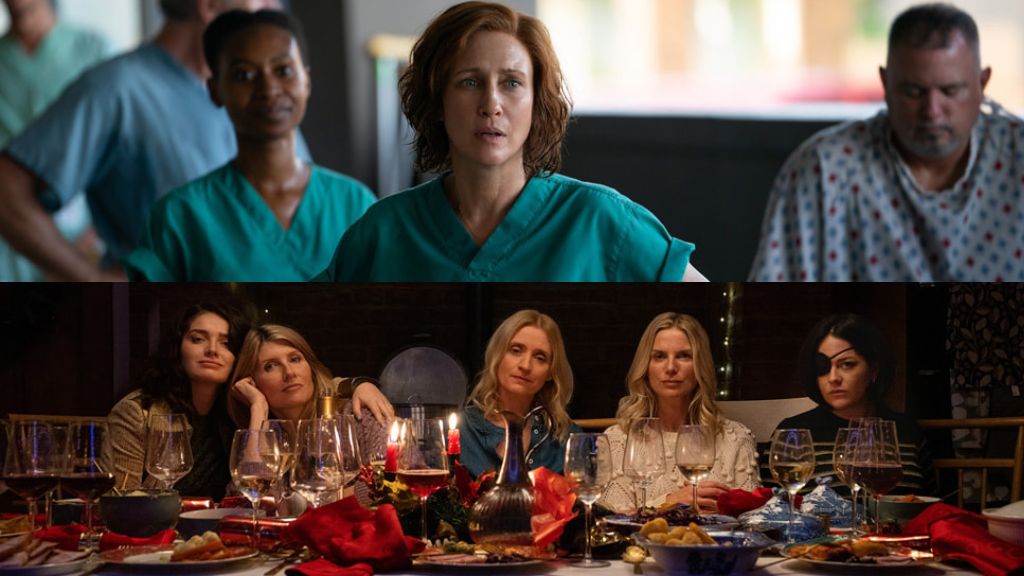 Despite all manner of exciting original series heading to Apple TV+ in July (including the likes of Black Bird, Trying (Season 3), and Surface), the streaming platform has today revealed the premiere dates for two more series to add to your watchlist: “Five Days at Memorial,” a new limited series from Academy Award winner John Ridley and Emmy Award winner Carlton Cuse; and, “Bad Sisters,” the witty and emotional darkly comedic murder mystery from Emmy Award-nominee and BAFTA Award-winning star and creator Sharon Horgan.

The former, based on actual events and adapted from the Pulitzer Prize-winning journalist Sheri Fink book, “Five Days at Memorial” chronicles the impact of Hurricane Katrina and its aftermath on a local hospital. When the floodwaters rose, power failed, and heat soared, exhausted caregivers at a New Orleans hospital were forced to make decisions that would follow them for years to come.

Moving on to the second release, “Bad Sisters” is a delicious blend of dark comedy and thriller from creator and star Sharon Horgan (The Unbearable Weight of Massive Talent, “Catastrophe,” “Shining Vale”). The series – Horgan’s first project to premiere from her first-look deal with Apple TV+ – takes place on the breath-taking coast of Ireland, the series follows the lives of the Garvey sisters bound together by the premature death of their parents and a promise to always protect one another. Horgan stars alongside Anne-Marie Duff (“Suffragette,” “The Salisbury Poisonings”), Eva Birthistle (“Brooklyn,” “The Last Kingdom”), Sarah Greene (“Frank of Ireland,” “Dublin Murders”) and Eve Hewson (“Behind her Eyes,” “The Luminaries”) as the Garvey sisters. The ensemble cast also includes Claes Bang (“Dracula,” “The Northman”), Brian Gleeson (“Frank of Ireland,” “Peaky Blinders”), Daryl McCormack (“Good Luck to you, Leo Grande,” “Peaky Blinders”), Assaad Bouab (“Call My Agent,” The Pursuit of Love”) and newcomer Saise Quinn (“Monster”).

“Bad Sisters” consists of 10 episodes, debuting globally on Friday, August 19 with the first two episodes, followed by one new episode weekly, every Friday through October 14.