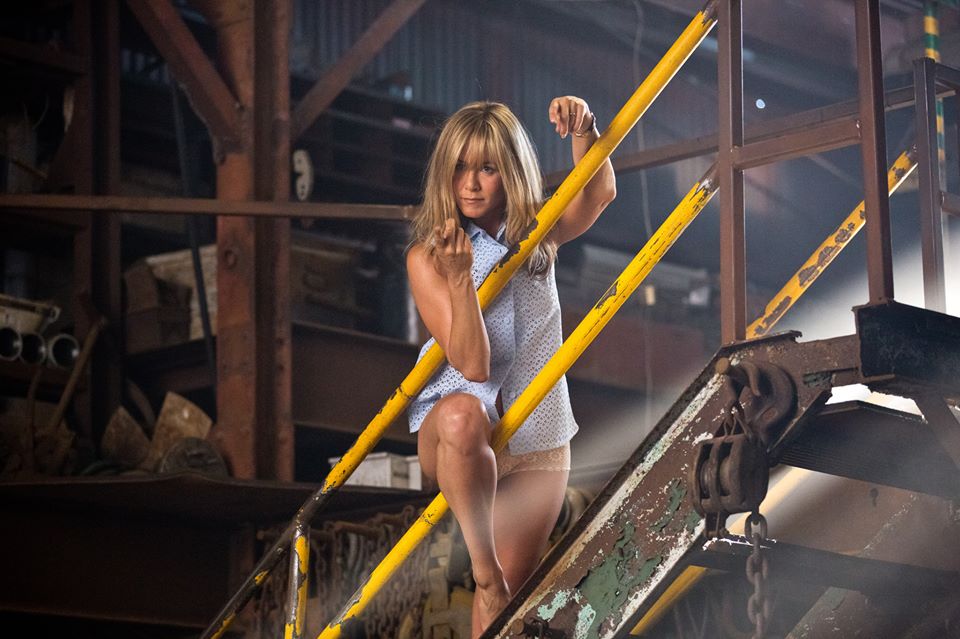 Jason Sudeikis and Jennifer Aniston are just three weeks away from trying stepping into big league drug smuggling taking merchandise over the Mexican border with fake kids Will Poulter and Emma Roberts in tow as We’re the Millers gets its UK release.

The previous red band trailer went down particularly well thanks to a certain Aniston strutting her stuff as a stripper so today we’re happy to bring yet another raunchy red band offering. Comedies have been few and far between this summer, with the exception of animated movies, so this could well be the sleeper comedy hit we were all waiting for, particularly given the brilliant supporting cast including the likes of Nick Offerman (Parks & Recreation) and Kathryn Hahn (Anchorman: The Legend of Ron Burgundy). We also have quite a penchant for the film’s director, Rawson Marshall Thurber, who served up the delight that was, and still is, Dodgeball back in 2014 so we’re keen to catch this when it hits cinemas this 23rd of August.

We’ll leave you with aforementioned new red band trailer for We’re the Millers introduced by Sudeikis and Aniston themselves. Given the raunchy nature of the video this is strictly NSFW:

A veteran pot dealer creates a fake family as part of his plan to move a huge shipment of weed into the U.S. from Mexico.

In this article:trailer, we're the millers