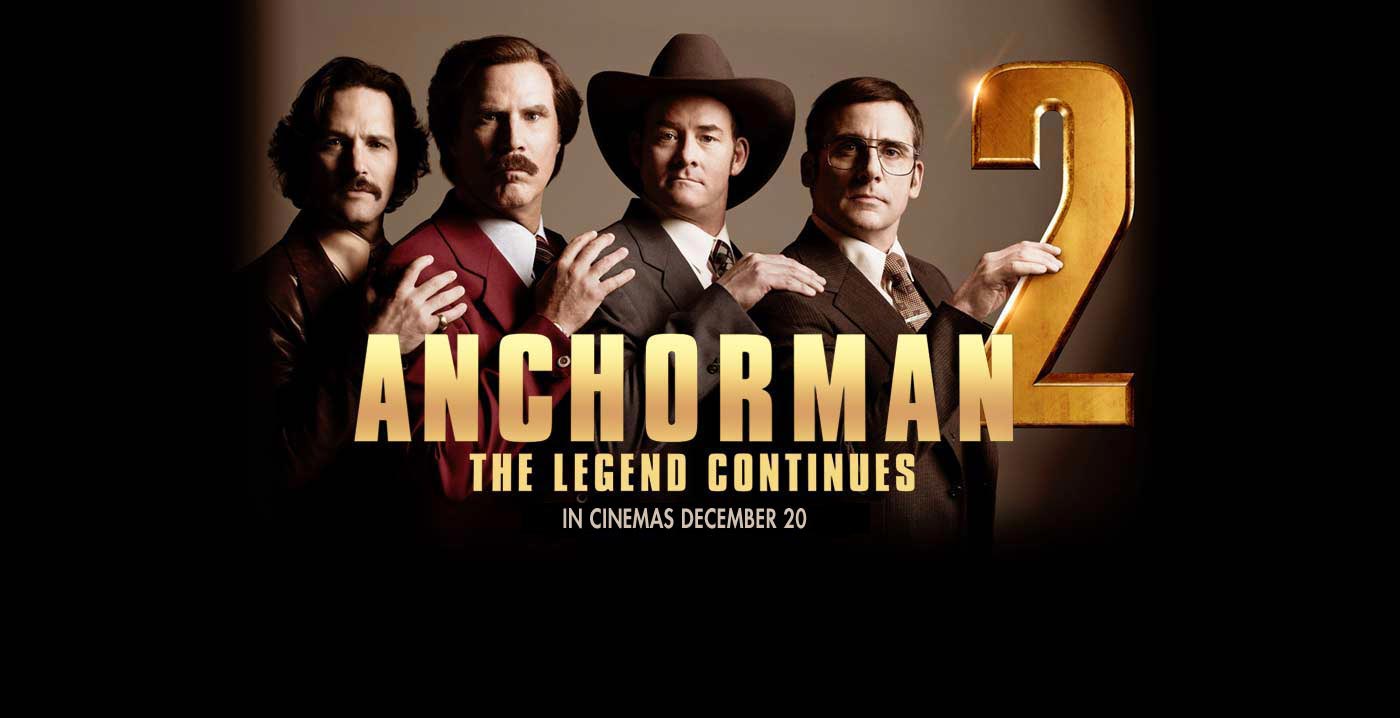 This December 20th Burgundy (Will Ferrell) returns to the news desk, with the ‘70s firmly behind him, alongside returning characters such his co-anchor/wife Veronica Corningstone (Christina Applegate), weather man Brick Tamland (Steve Carell), man on the street Brian Fontana (Paul Rudd) and sports guy Champ Kind (David Koechner). The sequel will also welcome some new, yet extremely familiar faces such as Harrison Ford and Kristen Wiig who will also be joined by a never-ending list of cameos. 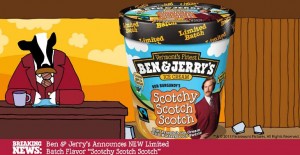 Today a second full trailer for the film has been revealed as too has news of a Ron Burgundy inspired batch of Ben and Jerry’s ice cream going by the mouthwatering name of Scotchy Scotch Scotch. We’ve got a bit of a soft point for Chocolate Peppermint Crunch but we love Scotchy, scotch, scotch so this’ll be going down, down into our bellies…

Anchorman: The Legend Continues will be taking us all to pleasure town this December 20th when we’ll be stuffing ourselves with Scotchy Scotch Scotch. In the meantime we’ll leave you with this just as tasty second trailer for the film.

In this article:Anchorman 2, ice cream, trailer