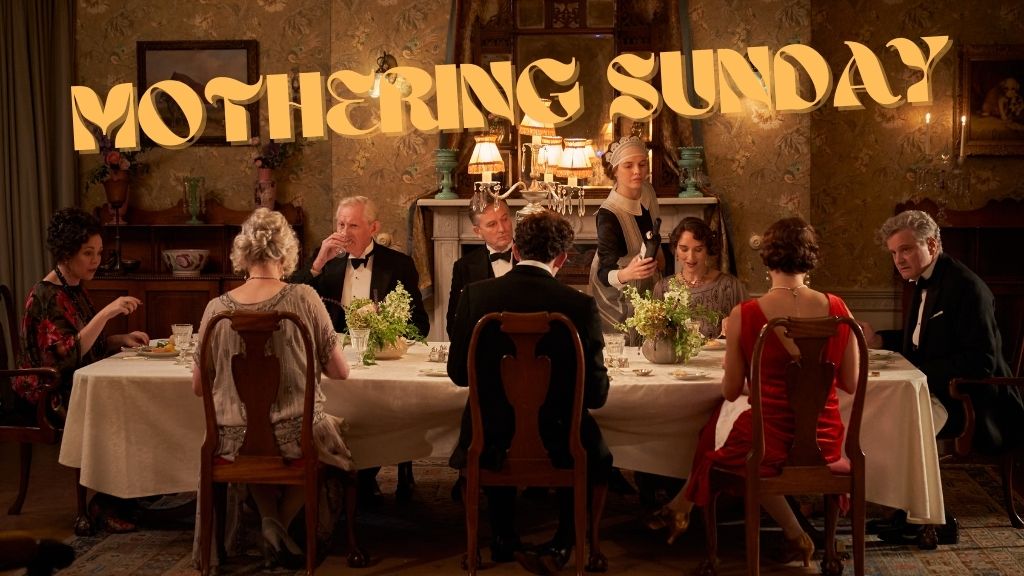 Following a buzzy success on the festival circuit (Toronto, Cannes, Chicago, and London, to name just a few), Lionsgate has announced the PVOD release date for Palme d’Or nominee Eva Husson’s MOTHERING SUNDAY; perfectly timed so you can enjoy this sexy period drama between Christmas and the New Year.

With a screenplay from BAFTA nominee and BIFA winner Alice Birch (Normal People), adapted from the novel by Graham Swift, and boasting an all-star ensemble cast including Odessa Young (The Professor, Assassination Nation), Josh O’Connor (The Crown, God’s Own Country); Ṣọpẹ́ Dìrísù (His House, “Gangs of London”), Glenda Jackson (Women in Love, A Touch of Class), Olivia Colman (The Favourite, The Father), and Colin Firth (The King’s Speech, A Single Man), Mothering Sunday shadows a maid living in post-World War I England who secretly plans to meet with the man she loves before he leaves to marry another woman.

This “Sexy spin on English heritage drama” (Variety) will be available on all digital platforms this 27 December 2021 and to whet your appetite, we’ll leave you with the official trailer.

Full plot details: On a warm spring day in 1924, housemaid and foundling Jane Fairchild (Young) finds herself alone on Mother’s Day. Her employers, Mr and Mrs Niven (Firth and Colman) are out and she has the rare chance to spend an afternoon of abandon with her secret lover, Paul (Josh O’Connor), the boy from the manor house nearby who is Jane’s long-term love despite the fact that he’s engaged to be married to another woman, a childhood friend, and daughter of his parents’ friends. But events that neither can foresee will change the course of Jane’s life forever.