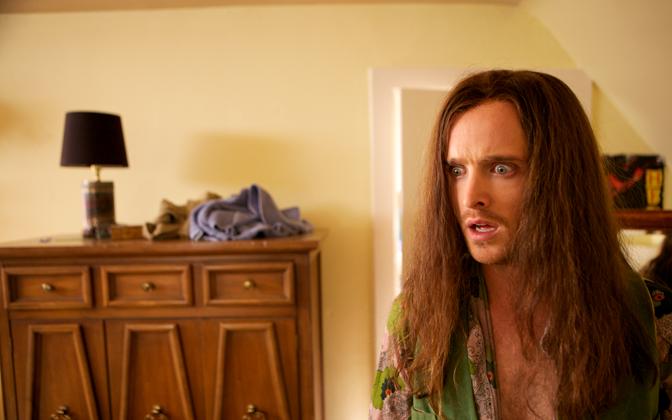 Aaron Paul may well have zoomed out of ‘Breaking Bad’ at full pelt ready to take on the world but sadly his first trip on the blockbuster bandwagon will be forgotten about even faster. We are of course talking about the recent velocity vehicle he was involved in, Need for Speed.

With a bit of luck his upcoming hippie role in Decoding Annie Parker will fare somewhat better when it hits the US this May 2nd (with a UK date not yet confirmed). Directed by first time feature helmer Steven Bernstein on a script he penned with Adam Bernstein and Michael Moss, Decoding Annie Parker tells the based-on-true-events-tale of Anne (Samantha Morton) and Mary-Claire (Helen Hunt), the former coming to terms with loss and heartbreak and the latter upending scientific doctrine when she discovers the BRCA1 gene mutation, revolutionizing the understanding and treatment of certain types of breast cancer.

Despite the dark subject matter dealt with here the film certainly looks to provide plenty of fun and hopefully handles the dark humour as adeptly as say Wilbur Wants to Kill Himself did. The film also stars Rashida Jones, Bradley Whitford, Richard Schiff and Maggie Grace and we’ll leave you with the first trailer for the film via Yahoo Movies.