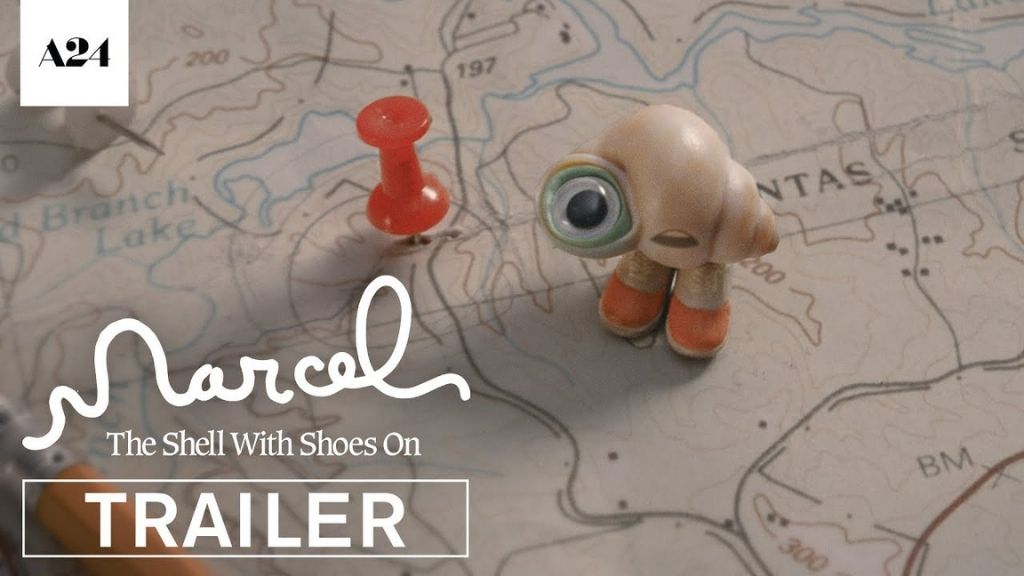 Hot off a buzzy screening at last month’s SXSW festival, a much-loved mollusk is all set to get his big-screen debut in Dean Fleischer-Camp‘s Marcel the Shell with Shoes On, a humorous and heartrending story about finding connection in the tiniest corners.

Helmed by Fleischer-Camp, from a script based on his original 2010 stop-motion animated short film, and starring Jenny Slate (reprising her role as Marcel), Rosa Salazar (no stranger to animation following her roles in “Undone” and Alita: Battle Angel), Thomas Mann (Me and Earl and the Dying Girl, Project X), and Isabella Rossellini (Enemy, Land of Dreams), the A24-acquired live-action/animated comedy follows Marcel, an adorable one-inch-tall shell who ekes out a colorful existence with his grandmother Connie and their pet lint, Alan. Once part of a sprawling community of shells, they now live alone as the sole survivors of a mysterious tragedy. But when a documentary filmmaker discovers them amongst the clutter of his Airbnb, the short film he posts online brings Marcel millions of passionate fans, as well as unprecedented dangers and a new hope at finding his long-lost family.

The featre film’s score is provided by Disasterpiece who became a household name when he composed the score for David Robert Mitchell’s It Follows in 2014 before going on to score Robert Mitchell’s follow-up, Under the Silver Lake, and Netflix’s Triple Frontier.

In anticipation of A24’s latest addition to its increasingly diverse catalog hitting theaters this June 24, we’ll leave you with the official trailer below.