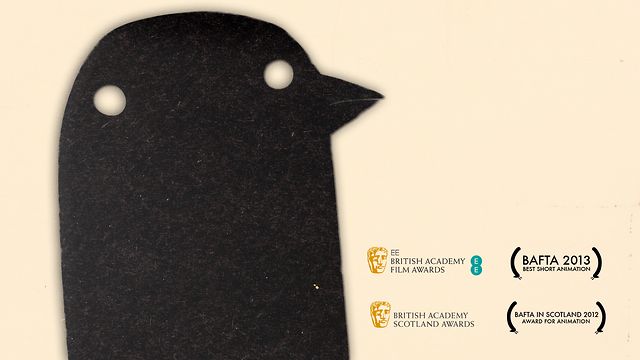 The relationship a writer, director and animator may have with their character is a troubled one. We have this love hate with them; they represent something really special to us but sometimes they have a mind of their own; controlling us and taking us down paths in our imagination. In this animated mockumentary, directors Will Anderson and Ainsle Henderson, bring to life a complex character named Longbird in this BAFTA Winning short – The Making Of Longbird.

The short relates the tale of a lost Russian film and character that a plucky young director wishes to bring back and modernise for new audiences. However, when he finally reanimates him, Longbird is nothing but a short and rude thespian who is constantly critical of Will’s work. As the two battle against each other, Will finds that attempting to bring a beloved character to other people may be more complicated than he first thought.

The Making of Longbird is particularly inventive injecting a breath of minty fresh air into telling the story. Combining many animation techniques and a great script (despite what the bird says) Henderson and Anderson invigorate a cartoon character, allowing him to jump off the screen. Utilizing different effects, close ups and realistic echoes, it opens the audience into a process that is unseen and gives it the film that documentary feel. Given the difficulty of bringing an original character and making him fresh, the crew here create an antagonist that is as rightfully peeved as he is annoying. While we may feel sorry for Will for having to put up with such a stuffed up bird, Longbird has his own iconic presence; feeling miffed that an artist feels he has all control over him. The sparring between the pair is just as delightful as the crude, but brilliant, animation.

Longbird is a delightfully witty concept that combines nostalgia and modernisation and hopefully he will crop up to ruin your movie hopes some time soon.