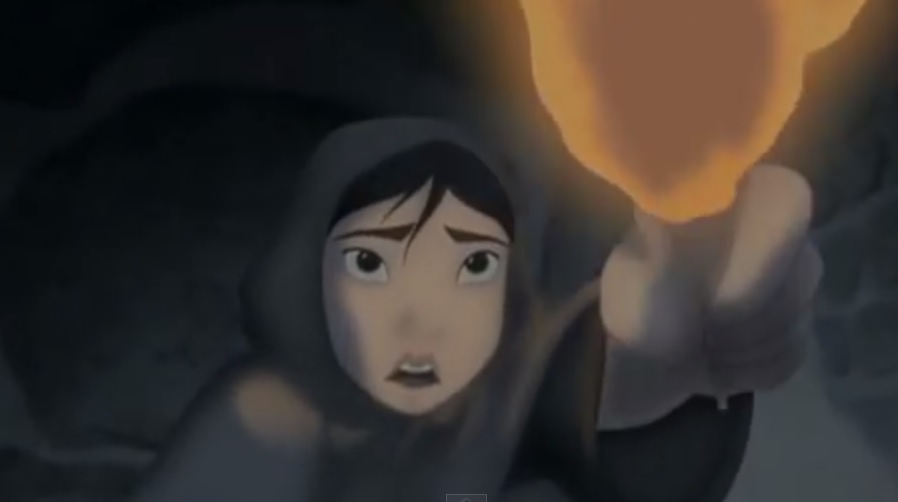 Christmas is only one week away. This time in seven days you will be, hopefully, surrounded by loved ones, opening presents and eating food that fills you up. Wine will be poured and warmth will fill your soul as though are encompassed with joy and glee. Most importantly love. But as that famous Christmas song goes, say a prayer and spare a thought for those whose Christmas doesn’t exactly mean happiness. Spare a thought for people such as The Little Match Girl.

The Little Match Girl was originally a poem by Hans Christian Anderson, first published in 1845. Here it is created into a vivid yet heart wrenching movie by Walt Disney Studios. Directed by Roger Allers, it tells the story of a little girl in Russia who sells matches on the street to people who hurry by. On a cold and harsh winter’s night, she curls up in a corner with her items and lights them one by one. As she does, she fills her heart and dreams with images of a warming Christmas – one that features the spirit of her Grandmother.

Poetic. That is the thoughts of this short movie. Although, there are stark differences to the original tale (mainly the location and the overbearing father in the beginning). But the movie is steeped in an outstanding score and a beautiful animation. For six breathless minutes, gaze at this enchanting bitter sweet story, and give thanks you aren’t in the cold. The Little Match Girl is an incredible and moving piece.