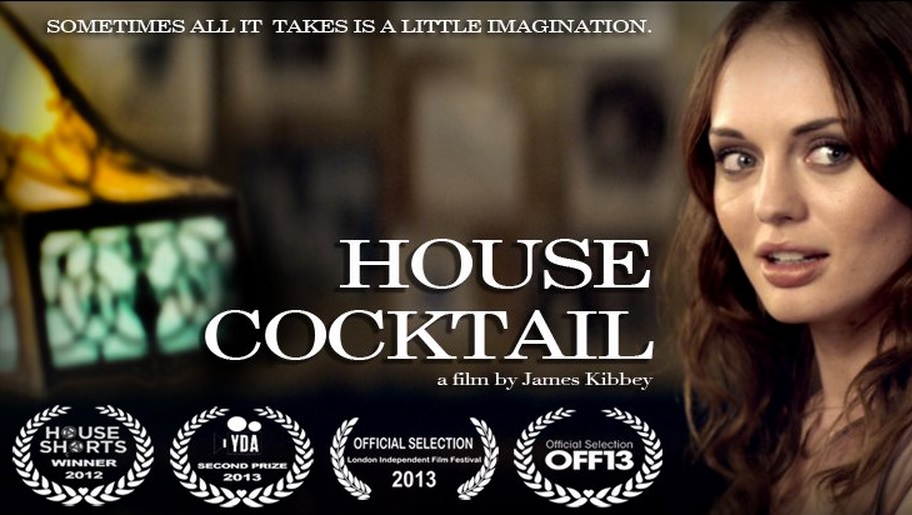 House Cocktail is an ideal short film in that it takes a simple concept – the story of two men battling to gain the admiration of an attractive woman – adds in a fun unexpected element, and keeps it down to a neat length that wastes no time with unneeded footage. Mark Chavez plays the likeable loser character, credited as ‘The Good’, and he’s fun to watch. The first time around we weren’t sure quite how the film and his character were going to pan out, and there was a flicker of doubt in our minds as to whether it could realistically fulfil its objective. However, once we saw the film through to the end we were very pleasantly surprised by the concise and simple way the story concludes. It fits with the rest of the piece and is very satisfying, even more so for its succinctness.

The rest of the cast – Laura Haddock as ‘The Beautiful’ and Shenoah Allen as ‘The Bad’ are both fine in their roles, doing exactly what they need to do without being particularly stretched by the material. The direction is clean and efficient, and the writing is sharp. There are no complaints to be made here at all. House Cocktail is an enjoyable couple of minutes and when it all comes down to its closing shot, it doesn’t disappoint.

This short has since been adapted into a feature film, The Last Sparks Of Sundown, starring Pajama Men and Facejacker‘s very own Kavyan Novak and is set to be released soon. We’ll be speaking to the cast and crew shortly but in the meantime be sure to keep up to date with the film on Twitter.

Give this one a look and then let us know what you think in the comment box below!