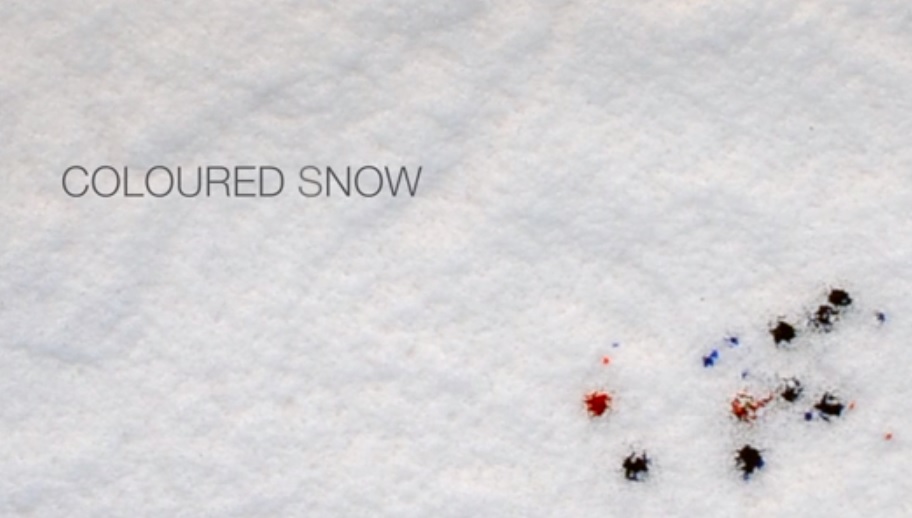 Coloured Snow is a short film series (or just a short series, but let’s class them as different points of a film.) Today’s A Short Mission centres on the life of Terry, who has unfortunately just lost his young fiancée. However, Terry refuses to believe this and with enough clues and nods, starts to wonder if she isn’t quite as dead as he first thought

It is refreshing to see a short independent series that doesn’t exactly spoon feed you. At times its unnerving; presenting a well written script that smatters of Memento and other great thrillers. Here in Coloured Snow, it is up to the audience to decipher just want is going on in Terry’s world. Enigmatic at points, the films are incredible well done considering the limitations that director Ioan Holland has encountered (especially some impressive sweeping scenes blossoming in the heart of the U.K.) And actress Cerian Holland is particularly entrancing as the “is she dead? Is she not dead?” role of Hazel.

It isn’t a perfect production. Unfortunately, some of the acting here is off putting, in particular the lead, Matthew Jameson doesn’t feel entirely right for the role of Terry; a character that is already slightly unlikeable and controlling. There are moments here that feel a little too forced, sometimes clichéd and almost predictable. The unpolished production, particularly the irritating shaking camera, makes you feel like you are on your 100th cup of coffee while watching it.

But as it was urged to me, I have to similarly urge you. Don’t be put off by the lack of budget that makes the production value feel a little bit underwhelming.  Despite its faults, the story and the way it develops is an intriguing one. It is also a series to watch repeatedly because each viewing unearths a different clue or angle of the story. With each episode, new turns are added and you are absorbed in Terry’s journey. All the slices of Coloured Snow are unique, layering a story and creating an intriguing series that smatters of a lot of potential. Coloured Snow may be a no budget production but they prove that a lot of talent can override a few dilemmas and hopefully a few more people will drive towards this series, giving more opportunity for the talented Holland to squeeze some fresher, juicier stuff.