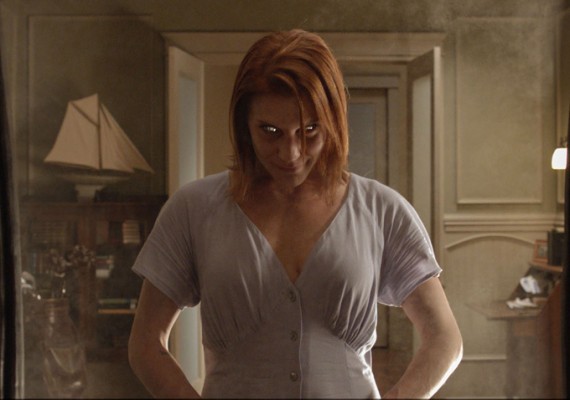 There something about mirrors that just make them terrifying things, especially in the morning when those bags beneath the eyes and messed up hair screech at you like some kind of possessed demon. And even more disturbing is when you find out that it is you. Yikes!

In new terror film Oculus, Karen Gillian stars as Kaylie, a girl investigating the paranormal activity surrounding the horrific antique mirror that has taken the lives of her parents. As Kaylie discovers, alongside her brother Tim, some things are best left unexplored. With that in mind, let’s reflect on some of the best wraithlike reflections in cinema, 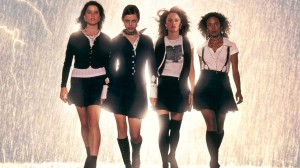 Though many will look upon this bewitching supernatural teen flick with a few groans, it actually shaped many childhoods and the women they would later become. It has grown into one of the most classic cult movies despite being panned on release and it is all based on its realistic venture into the spells and witchcraft. However, one of the many scenes that jut out is the locker room scene. Rochelle has cast a wicked spell on bully Laura. As it progresses, she finds that Laura has become completely bald and starts to feel a pang of guilt. When she turns to face herself in her mirror, her reflection turns her back on her, shadowing Rochelle’s descent into the dark arts.

Edward Norton and Spike Lee seem like a match made in heaven. One is an enigmatic and impeccable actor and the other is an enigmatic and impeccable director. Coming together in this phenomenal movie, Norton plays drug dealer Monty who has 24 hours before he has to serve a 7 year prison sentence. In this powerful mirror scene, Monty spits this intense monologue to the grimy mirror of a bar bathroom. Facing Monty, and subsequently Norton, this scene is viscerally intelligent and smartly impacting. As he deals with his fears of facing prison, Monty has to learn how to deal with it. It’s a potent scene. 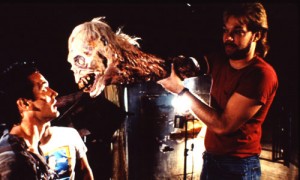 Now from powerful to batshit insane, there is no denying that Sam Raimi’s twisted horror series is a collection of crazy images, fucked up horror and a chin so unforgettable that the world fell a little bit in love with Bruce Campbell. Lifting off from the cabin in the woods tale so horrible that it was banned, Bruce’s character Ash Williams is trapped yet again in his logged prison cell of hell. As demons torment him and impair his sanity, he must keep a level head and try not to die at the same time. In one moment, damaged, he takes a look at the injuries and then finds himself in a battle against his own reflection.

Perhaps one of the most famous mirror scenes of all time. It has prompted a gazillion people globally to turn in their own Travis Bickle performance every time they get dressed in the morning and if you say you never did then you are a big fat liar. Anyway, Robert Di Niro’s renegade taxi driver who navigates New York City in a flair of anarchy is best known for this speech to his own reflection. As though he is talking to a thug, he addresses the reflection with the immortal lines, “are you talking to me?” before shooting at the glass. I am not going to say anymore because I bet you’ve stopped reading to recite the whole thing now.

Ok so if there were one mirror scene to rival Taxi Driver than it would be this one. And technically, we’re cheating. A joke so hilarious it has been replicated in media dozens of times since. Groucho
Marx, now strangely the star of a Lloyds Bank commercials, is utterly fantastic in this ingenious film. Pinky pretends to be Firefly inside a missing mirror. It is intensely surreal a the two men swap positions and try to stop collisions. But nothing is more famous that the twirl where one stays still and the other spins as though they both did. Hilarity.