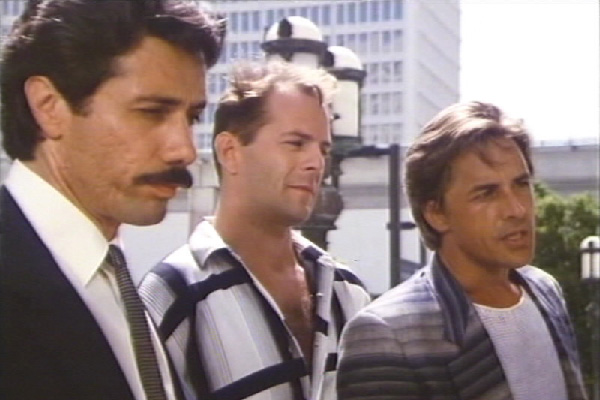 Selling vice publicly isn’t usually something done out in the open, but for Bruce Willis and K5 International, nothing could make them happier.

Vice, which stars Willis, has nearly sold out with over 37 nations buying into the dystopian film; and being picked up by countries like Russia, Japan, China, Indonesia, Russia and France, the movie is starting to gather up some much needed early press.

Vice is set in a dystopian future, where a resort that offers its wealthy clients a chance to live out their fantasies suffers a mishap that causes one of its staff members to seek out revenge.

It is unclear what role will be played by the currently on-fire (in a metaphorical sense) Willis, and we will have to wait till 2015 to find out.

By the way, obviously the featured image has nothing to do with the film, but we thought it was worth remembering his appearance in Miami Vice all those years ago.