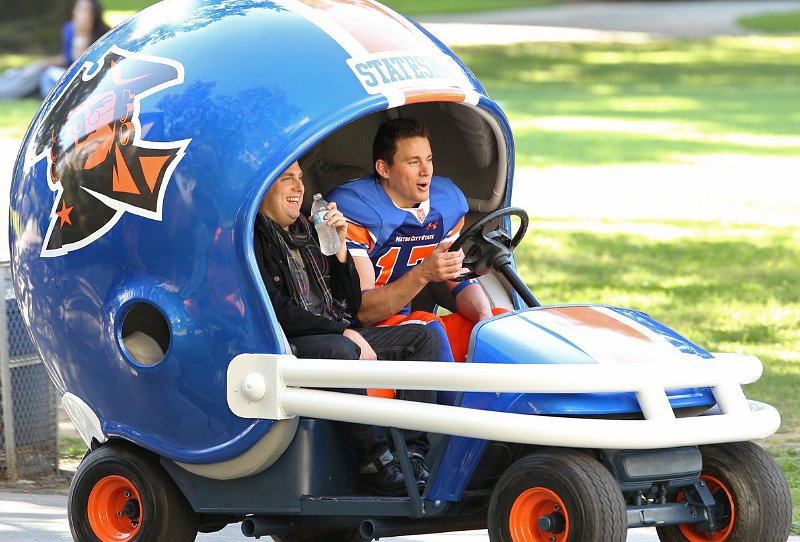 Whilst “nobody gave a shit about the Jump Street Reboot”, Sony Pictures have taken it upon themselves to release the first red band trailer for the comedy sequel 22 Jump Street. The first film’s directors Phil Lord and Chris Miller make a welcome return to the helm, this time assigning the reprising “two sons of bitches” to college rather than high school.

We certainly have high hopes for this one given the surprising chemistry that oozed between Channing Tatum and Jonah Hill in 21 Jump Street. Mind you, something tells us Wyatt Russell, Kurt Russell’s son, is even more excited than we are given the fact he said no to a role in both Hunger Games films so he could be in this one.

Whatever the case it looks like Lord and Miller, and everyone else involved, are dead set on upping the ante 22-fold for this one. Enjoy the trailer below with 22 Jump Street set to hit UK cinemas from June 6th 2014.

In this article:22 Jump Street