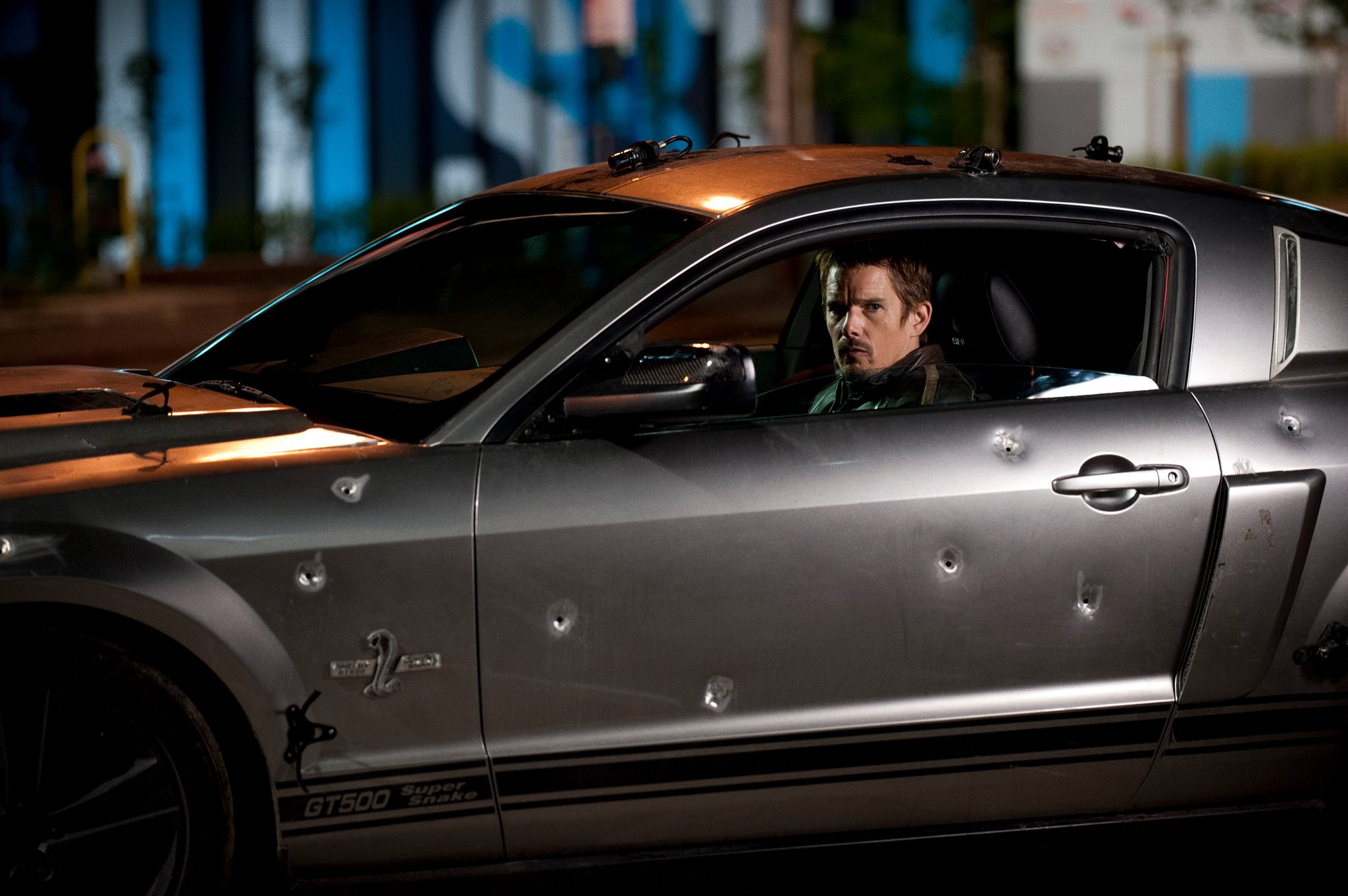 On December 6th 2013, Ethan Hawke will climb behind the wheel of a Ford Shelby GT500 Super Snake alongside Selina Gomez in Getaway, a high-octane adrenaline-fuelled thriller from director Courtney Soloman.

Getaway follows former race driver Brent Magna (Hawke) who finds his home ransacked and his wife missing. The phone rings with a man only known as The Voice (John Voight) on the other end. Taking responsibility for the kidnapping of his wife, The Voice forces Brent to steal a custom Shelby Mustang and follow a series of instructions precisely otherwise his wife will pay the consequences.

Combining a number of different camera styles with fast editing from Ryan Dufrene, the visual effects coordinator on the 2010 action blockbuster The Expendables, Getaway looks like one hell of a roller-coaster judging by its trailer.

Ahead of its release schedule, Warner Brothers have released two featurettes, “Destroying a Custom Shelby Mustang” and “Metal and Asphalt.” The first feature talks about the classic american supercar, The Shelby Mustang which Ethan Hawke was more than happy to get behind the wheel of. In the second feature “Metal and Asphalt,” the Director of Photography Yaron Levy talks about the effects used in the film and confirms that there is no use of CGI when staging the stunts for the film. Instead, everything is real and captured on camera.

Going through 130 cars in total it looks as though Getaway might have more than its fair share of chase sequences, near-misses and crashes so this looks all set to keep adrenaline junkies satisfied whilst they wait for the next installment of the Fast & Furious franchise. What do you think? Let us know in the comments section below.