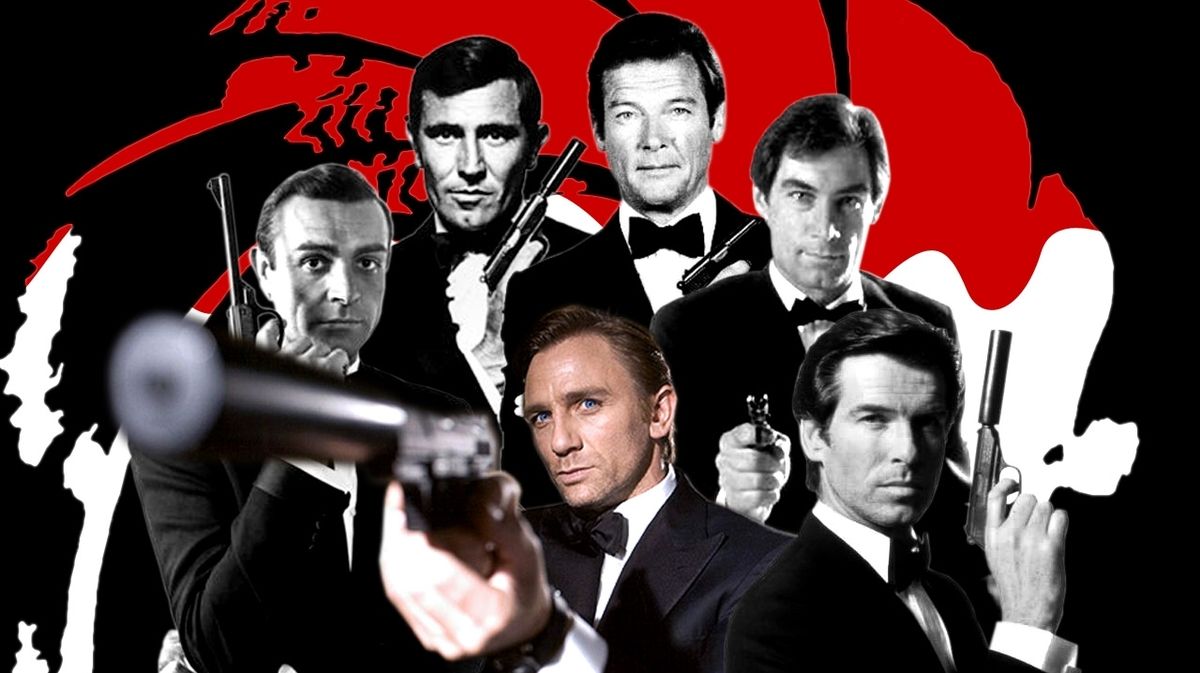 The news almost every James Bond fan in the land dared to hope for dropped in our lap… Sam Mendes, the hugely talented auteur behind Skyfall, will return for the as-yet-unnamed ‘Bond 24′.

It had been touch and go. Mendes first said no, electing to work on his newly-released musical adaptation of Roald Dahl’s Charlie & the Chocolate Factory, not to mention the offer of taking charge of the National Theatre. Then it appeared he was playing hard-to-get, moving to a neutral, unequivocal position when pressed over the last few months, away from the staunch negative once Skyfall had been released. THEN he turned down the National Theatre – a move that would free him up for several years – and with Charlie all done, it started to look ever more likely… and now we know.

And here are my (00)7 reasons why that’s just the best news in a long while:

I’ve been watching Skyfall a lot recently, thanks to Sky Movies premiering alongside it’s manna from Heaven that is the Bond channel (I rarely watch anything else). I loved it on first watch. I loved it on second. And the more I watch it, the more it seeps in and I know the words, feel the scenes, embrace the characters… the more I genuinely believe Mendes made for the 50th movie anniversary of 007 possibly one of – if not *the* – quintessential James Bond picture; one that embraces the two very different legacies of 007 in Ian Fleming’s fiction & Cubby Broccoli’s classic cinema.

It’s a majestic picture, sumptuously shot by Mendes. Yes it certainly falls down when you analyse the plot, I do agree it’s full of holes, but it’s exciting, dramatic, affecting, moving and full of iconic moments. It’s not just a great Bond movie, it’s a great piece of cinema. I also implore you to listen to Mendes’ fascinating DVD/BluRay commentary on making it – you’ll be surprised more than once, I guarantee.

You only have to watch Skyfall to see just how true this is – the whole picture is stuffed to the gills with winks, nods and homages to the franchise of fifty years, and you get the sense that’s heavily coming from Mendes’ own love of what came before.

It’s been reported that he first got the gig when Daniel Craig got talking to him about their favourite Bond films, and the subsequent snowball led him straight to the cocktail that was Skyfall. A superb filmmaker anyway, Mendes brought that honest, strong British (despite always having made American movies) sensibility to the movie that made it feel more Bond than anything since the early 1960s. Only a Bond aficionado could have made a movie like Skyfall.

Case in point, if you want a Bond movie made by someone who’s the exact opposite, look no further than Quantum of Solace.

Let’s turn back time to 2002, a decade before Skyfall. The year of Die Another Day, almost the parody death knell of 007. Take a look at the cast Lee Tamahori assembled, outside of stalwarts Pierce Brosnan & Dame Judi Dench – Halle Berry, Toby Stephens, Rick Yune, Rosalind Pike. Decent, I hear you cry, but nothing really beyond that.

Take a look, then, at who Mendes brought in for Skyfall, outside of Craig and Dench.

Javier Bardem. Ralph Fiennes. Naomie Harris. Ben Whishaw. Albert fricken’ Finney, for goodness sakes. No contest really, is it? An actors’ director, a man of the stage as well as the screen like Mendes, is going to attract a real calibre of performer. As we know, of course, three of those four will doubtless be in Bond 24, but we’ll get a new Bond villain, Bond girl, Bond henchman, and potentially other myriad figures. If he can get these guys, coupled with Skyfall‘s billion-dollar, record-breaking Bond franchise haul, PLUS the pedigree of 007… surely the sky (fall) is pretty much the limit now?

People often forget that a great movie is only the sum of its parts, and the engine that Mendes constructed crew beyond the immensely talented, long-standing 007 crew such as producers Michael G. Wilson and Barbara Broccoli, or effects maestro Chris Corbould, was really quite something.

Roger Deakins, an Academy-Award winning cinematographer and frequent Coen Brothers collaborator, who was chiefly responsible for Skyfall‘s truly stunning visuals; Dennis Gassner, production designer par excellence who Mendes got the best out of; John Logan, another Oscar winner, who added the majority of the brilliance to outgoing franchise writers Robert Wade and Neal Purvis’ script according to Mendes; and of course Mendes’ frequent collaborator, composer Thomas Newman – again, another Academy winner – who provided Skyfall with an elegant score to do the late, great John Barry proud.

Would hardly anyone else have brought together such supreme talent beyond Mendes? I very much doubt it. And chances are, they’ll all be back for round two…

One thing almost every Bond film seemed afraid to do was a) show true vulnerability in James Bond and b) explore any aspect of his past. Aided admittedly by the special nature of the anniversary film, Mendes nonetheless threw the rule book away, deconstructed Bond, and made ‘canon’ more than anything since Ian Fleming died almost half a century ago.

He took a cue, admittedly, from Martin Campbell (a great, unsung Bond director), who in GoldenEye scratched the surface and Casino Royale started etching at Bond’s persona. In some respects, Skyfall almost feels like a sequel to both of those films, at least thematically – all of them striving to examine *who* Bond is, why he’s relevant, and where he’s going. Mendes goes further than both pictures though – he strips Bond to the psychological bone and builds him back up again, pushing the franchise to an exciting dramatic brink – it’s not perhaps been since Peter Hunt’s almost anachronistic On Her Majesty’s Secret Service way back when.

Oh and, lest we forget, Mendes killed off Judi Dench. Only a director with balls does that. You can bet he’ll try and gut punch us yet again.

That said… Mendes will now strive to make a *very* different movie to Skyfall, and despite how great a picture Skyfall is, that’s a very very good thing.

He’s said in interviews he only saw the value of returning to Bond again if he had an idea, a story, and a character arc he was passionate enough about telling. He also commented how John Logan had come up with a brilliant story for the next one and, clearly, it’s good enough to get him back. Which means it must be amazing. And different. Suitably unique away from Skyfall that will allow him to once again make his mark on the franchise, much like Campbell did with his two very different approaches to Bond.

So where will he go with it? I for one believe he’ll make a lighter picture, something more colourful, with a dash more glamour and humour, amping up the elements of Skyfall he clearly enjoyed the most, with a threat bigger than Craig’s Bond has ever faced. In other words… I think Mendes will make his Thunderball.

Yes, it really is that good.

Nobody directs it better…