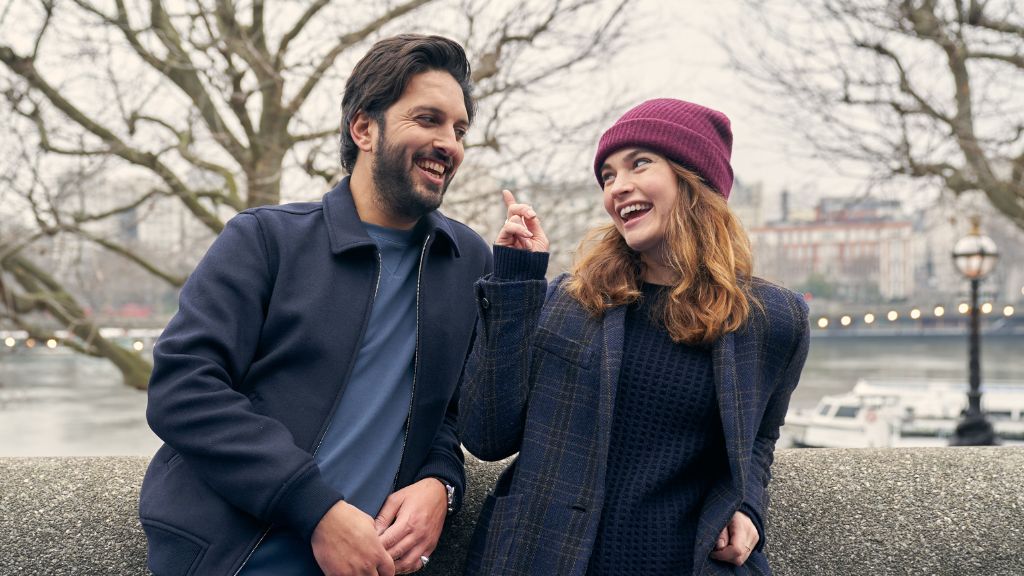 STUDIOCANAL and Working Title Films have today unveiled the first official poster for Shekhar Kapur‘s (Elizabeth) cross-cultural British rom-com What’s Love Got to Do with It?

Helmed by Kapur (Elizabeth), from a script written by Jemima Khan, What’s Love Got to Do with It? stars the Primetime Emmy® Award nominated Lily James (“Pam & Tommy”, Baby Driver), Shazad Latif (“Star Trek: Discovery, “Toast of London”), Shabana Azmi (“24”, “Halo”), Sajal Aly (Mom, “Alif”) and Academy Award® and BAFTA winner Emma Thompson (Matilda, Peter’s Friends, The Tall Guy). The film focuses on documentary filmmaker and dating app addict Zoe (James), whose sliding to the right has thus far only brought her a myriad of Mr. Wrongs, much to the chagrin of her rather eccentric mother Cath (Thompson). For Zoe’s childhood friend and neighbour Kaz (Latif), the solution lies in following his parents’ example and opt for an arranged (or “assisted”) marriage to a brilliant and beautiful bride from Pakistan. As Zoe films his hopeful journey from London to Lahore to marry an absolute stranger, chosen by his parents, she starts to wonder if she might have something to learn from a profoundly different approach to finding love.

The film is produced by Nicky Kentish Barnes (About Time, About a Boy), Jemima Khan (“American Crime Story”, “The Clinton Affair”) & her Instinct Productions, alongside Working Title Films’ Tim Bevan and Eric Fellner.

STUDIOCANAL is fully financing the film and will release it in their own territories: the UK, France, Germany, Australia & New Zealand. They are also selling the film worldwide.

What’s Love Got to Do with It? is currently slated for a UK cinematic release on January 27,  2023.