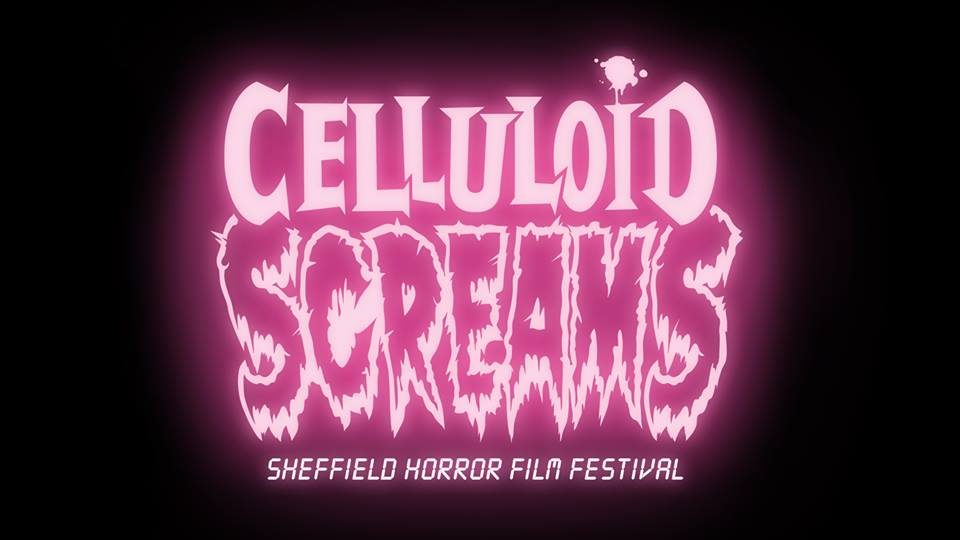 Horror returned to Yorkshire this past weekend as Celluloid Screams, the region’s best horror film festival, returned to The Showroom Cinema in Sheffield for its Sixth year. Famous for delivering a high-quality line up featuring some the best horror titles both new and old, the event has become increasingly popular with each passing year and has moved into the cinema’s biggest auditorium equipped with state-of-the-art film projection and Dolby Digital surround sound so even more festival goers can enjoy every blood soaked minute than ever before.

For the 2014 programme, Festival Director Robert Nevitt along with the rest of his team have delivered an incredible line-up including Astron-6‘s love letter to the Italian Giallo THE EDITOR, kiwi horror comedy HOUSEBOUND, Stuart Simpson‘s pitch black comedy CHOCOLATE STRAWBERRY VANILLA and the highly anticipated vampire comedy from The Flight of the Conchords team WHAT WE DO IN THE SHADOWS.

As if that weren’t enough the guest list for the festival was just as impressive. Co-directors Justin Benson and Aaron Moorhead (Spring) were joined by Andy Stewart (Ink), Fredrik S. Hana (Autumn Harvest), Robert Morgan (The ABCS of Death 2), Matt Palmer (The Gas Man) and Ben Steiner (The Stomach). Also in attendance were Adam Brooks, Conor Sweeney and Matthew Kennedy from Astron-6 and they were joined by this years Guest of Honour who was none other than Brian Yuzna (Society).

This year saw the return of the Celluloid Screams secret film. Also, the festival’s second allnighter which for this year was given a sci-fi theme including special presentations of BRIDE OF RE-ANIMATOR, MAXIMUM OVERDRIVE, NIGHT OF THE CREEPS and KILLER KLOWNS FROM OUTTER SPACE. Closing the festival this year would be the hilarious DEAD SNOW 2: RED VS DEAD from director Tommy Wirkola.

Celluloid Screams has proved to be a cracking weekend for genre fans and there were plenty of treats along the way for those lucky enough to attend. We were there to enjoy the festivities and feel privileged to take you through the entire weekend so we hope you enjoy our coverage which begins right here.