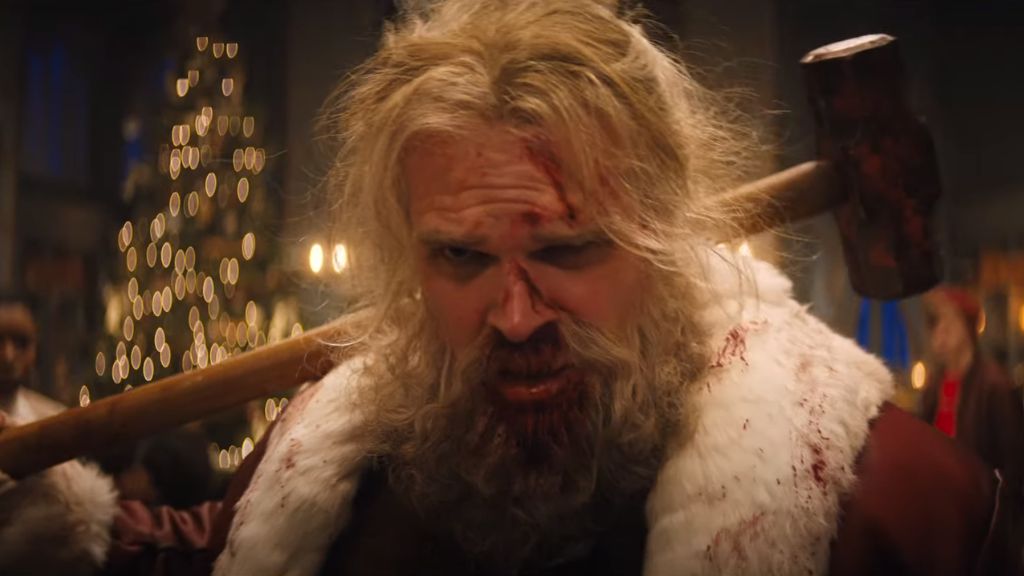 Just when you thought all would be calm this coming Christmas, Universal Pictures has today dropped off quite the early pressie in the form of the first trailer for Tommy Wirkola‘s (Hansel & Gretel: Witch Hunters, Dead Snow franchise) forthcoming coal-dark holiday action-comedy Violent Night.

Brought to you through 87North (producers of Nobody, John Wick, Atomic Blonde, Deadpool 2, Bullet Train, and Fast & Furious Presents: Hobbs & Shaw), and written by Sonic the Hedgehog scribes Pat Casey & Josh Miller, Violent Night tells the festival tale of a team of mercenaries who break into a wealthy family compound on Christmas Eve but soon realize they’re in for a bleak midwinter when a surprise combatant drops down the chimney: Santa Claus (David Harbour – Black Widow, “Stranger Things”) is on the grounds, and he’s about to show why this Nick is no saint.

Violent Night is produced by 87North’s Kelly McCormick David Leitch & Guy Danella and Marc S. Fischer is on board as executive producer.

Violent Night will be dropping down theater chimneys on December 2 and Universal Pictures will distribute the film in all territories.