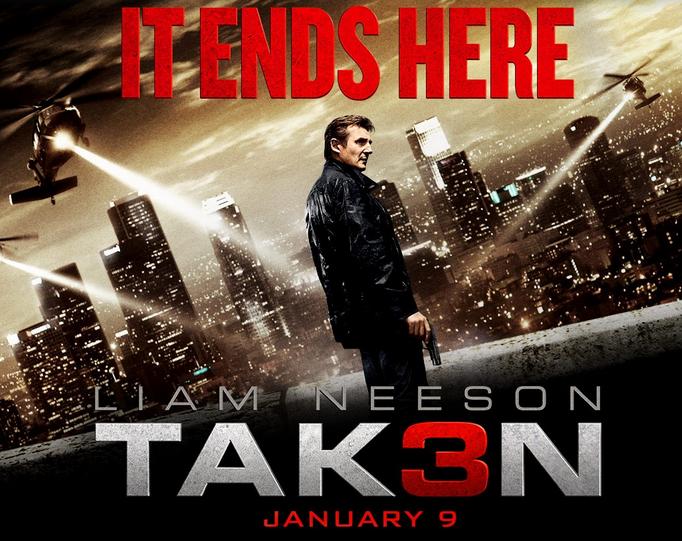 Well, it seems that the team behind Taken 3, or should we say Tak3n, have levelled up the playing field by having Liam Neeson as the bad guy in their series. Ok that’s a stretch but for once, there is a little freshness in the series as no one’s getting kidnapped this time. Instead, it’s one massive set up as he is framed for the murder of his wife. There is someone out to get him, but he doesn’t know who. And with the police believing he is armed and dangerous, he soon becomes a fugitive on the run,

The brand new trailer has come bounding to the internet and the sultry tones of Neeson still warm the cockles even to this day. Aren’t we all a little bit sick of seeing him with a gun? This is Neeson, he starred in many dramas and is Oscar nominated, but now he has been sandwiched into every conceivable action role possible and it’s become a tad dull. With every single franchise, however, there must be a third slot. Let’s call a spade a spade and a Neeson a Neeson. We just want to see him kick arse and Tak3n will most likely deliver.