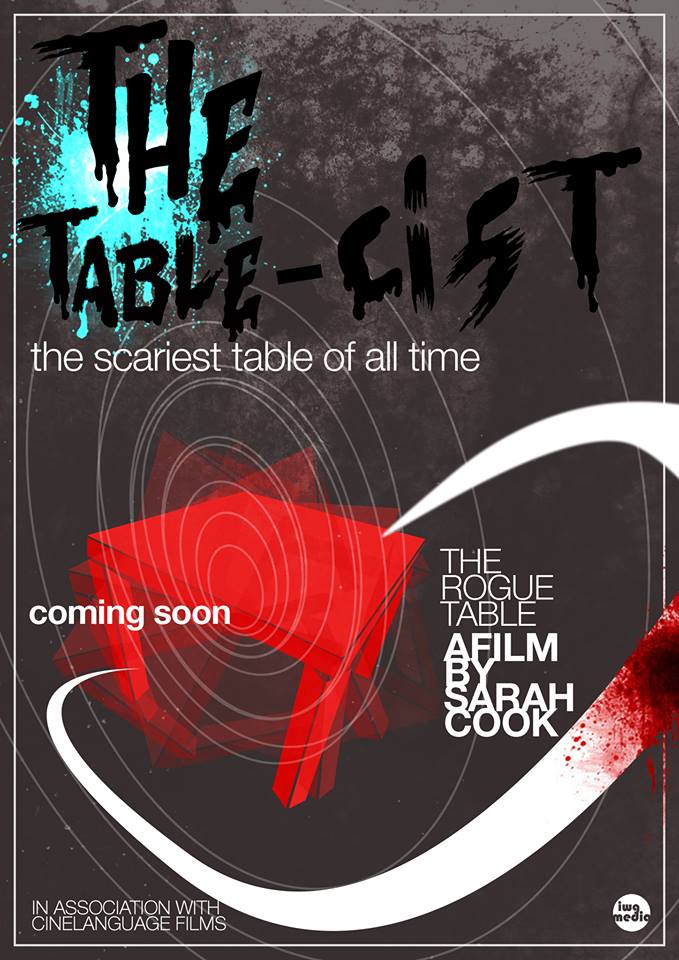 Abandoned. Forgotten. Used. Sent to Gumtree. Ebay. Or even the skip.

Brand new short The Rogue Table looks set to be a combination of The Mighty Boosh and Big Train whilst also paying homage to the silent film stars of Buster Keaton and follows John, a lazy “young professional” who couldn’t care less about life really. He works to eat, he works to drink and he works to party. Disregarding the feelings of his furniture has never been a massive deal for him but it has for his table. And now the table has got feels…of revenge!

Directed by Sarah Cook, a passionate film fan and a dedicated to  the industry under the name Cookie N Screen. The project aims to be a ten minute short that is takes a surreal murderous turn. Starring Vedi Roy as John in his first cinematic role, The Rogue Table has a dedicated team behind it who aspire for to continue to films. Our hope is that, if successful, this film will kick off the entire Literally Speaking series. The idea is to take phrases and put them into narrative context. We already have a plan for many short films such as “thinking outside the box,” “don’t look a gift horse in the mouth” and much more. If you support us from our humble beginnings with The Rogue Table, you’ll be the first supporters of this series and have first news or access to the upcoming films from this endeavor.

IWG Media and Cinelanguage Films have launched an IndieGoGo campaign (https://www.indiegogo.com/projects/the-rogue-table-short-film) in hopes to raise money to bring The Rogue Table to life. The rewards range from T-Shirts, posters with several horror inspired designs to choose from, a private screening and the actual table itself! With just £1, you can help a great project come to life that will be taken to festivals and shown globally too. None of this will be possible without the support and it is with the power of film fans that we could make something spectacular!!

You can donate here to help bring the short film to life!