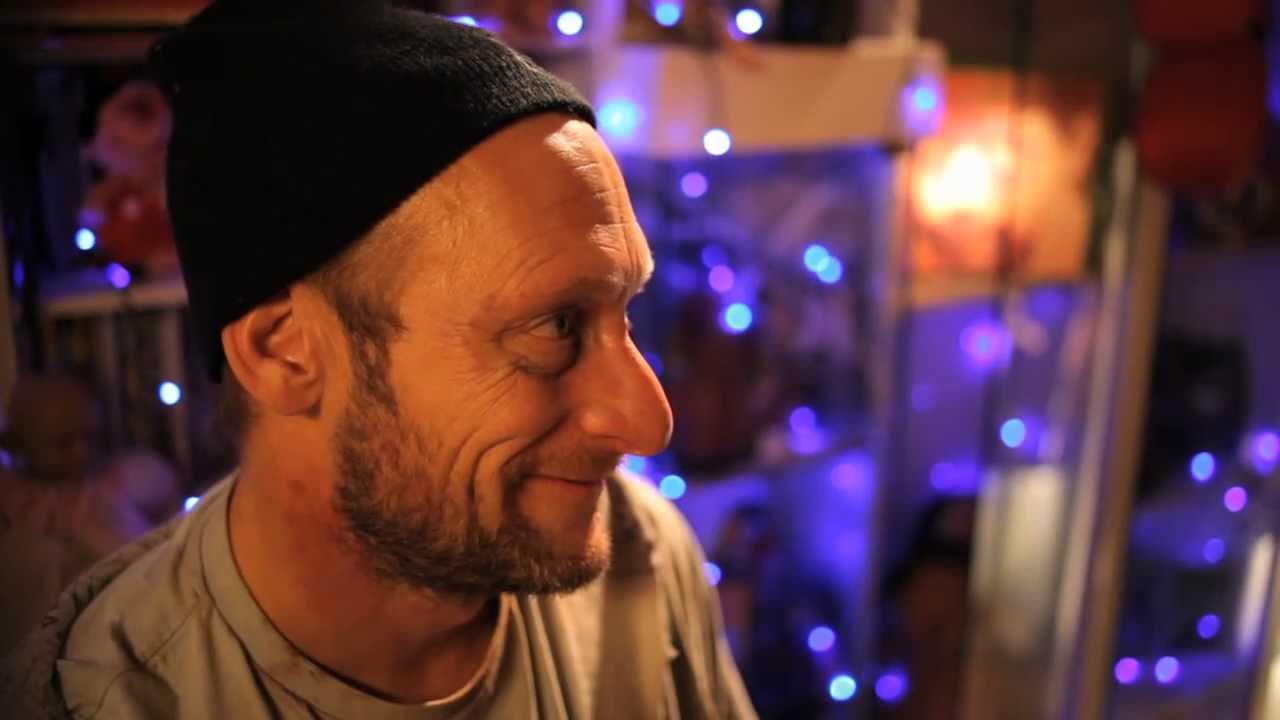 There are people in this world who are often eschewed by the people around them because they quake with this deluded confidence that feels awkward in the atmosphere. You’ve met them, rabbiting on down the pub and unearthing these darker secrets as they desperately try to play this character, on top of the world and without a care. They jabber on with this narrative that is unwavering but off somehow. Trying to be tougher, hard and more confident than their mind is letting on. In film, it’s really hard to balance a character like this and make them watchable, somewhat likeable yet still convey the problems underlying. Rob Hurtt’s great and rather darkly comic film I Remember April is just that short to do this.

It’s the festive period and scummy, pathetic man Douglas is making his rounds to friends and colleagues. As he stops to visit shop keeper Dave’s, he regales about what is going great in his life and his lost love April. But is his speech just hiding a much more visceral undertone as he hides his true feelings with tales of grandeur, love and more.

I Remember April is a rather endearing whilst uncomfortable watch. Hurtt’s writing is so terrifically realistic that Dougie leaps off the screen becoming this character that you would see in the middle of the street and would avoid eye contact with. It’s a perceptively written role that Hurtt directs with this humanistic realness. The dialogue absorbs you into the quaking mind-set and defines him, giving him much depth and substance.

What really works for I Remember April is the terrific performance by Eric Colvin. As he recounts his mischiefs and his memories, Colvin is aware of how to make Dougie tick and sublimely gives him little nuances to flesh him out. He holds back when he should and then erratically gives Dougie a frantic nature that is compelling. It’s Colvin that delivers the almighty script and delivers it extremely well that you unfold with Dougie and are shocked when he makes a darker confession.

An enthralling performance combined with clever dialogue and direction, I Remember April is a charming yet gloomy short.