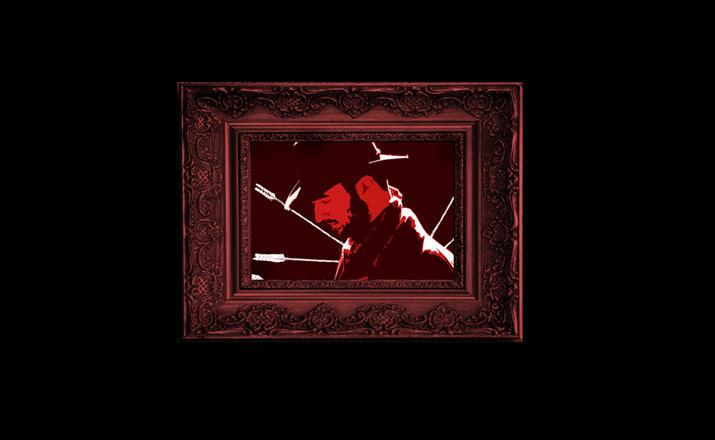 Westerns have been around for decades. Since man eluded himself with the possibilities of bloodshed on the desert, the Western film, despite blockbuster hits, has always been steeped in epic imagery. From the John Wayne classics to the recent Django Unchained, utilizing the vast and boiling landscapes of untamed deserts has given our films a dense catalogue of untimely pictures. Here in The Merciful Death of Jonas Blake, the rawness of the heat and the weird narrative give it an unforgettable edge. It revolves around a cowboy who engages in warfare with a native tribe after failing to buy one of their women.

The work of Lullskull Ltd does indeed transcend normal narrative. Playing with the mysticism and meta, their work stands out against the heap of short films and independent filmmakers. The follow up from their first outing Black (which I reviewed before) and the upcoming dystopian future-centred Northstar are surely from the mind of creative, intellectual filmmakers. Jonas Blake is no different. The surreal tone leans more towards El Topo and while the insanity is a bit tamer the mood is of similar expertise. The utterly striking and haunting visuals are superb here, telling a bloody battle between cowboy and tribe. A man stumbling over the edge of a sunlit mountain side may seem ordinary, but riddled with arrows and still alive is a great opener. As it battles the different times, the memories and silent war, Jonas Blake becomes this very striking short piece that is so chilling.

With strong acting from Ryan Erke and acute direction from brothers Nathan & Seth Anderson, Lullskull’s short indeed hums with this eerie and unforgettable imagery. It makes one excited for the prospect of more material from the passionate filmmakers.