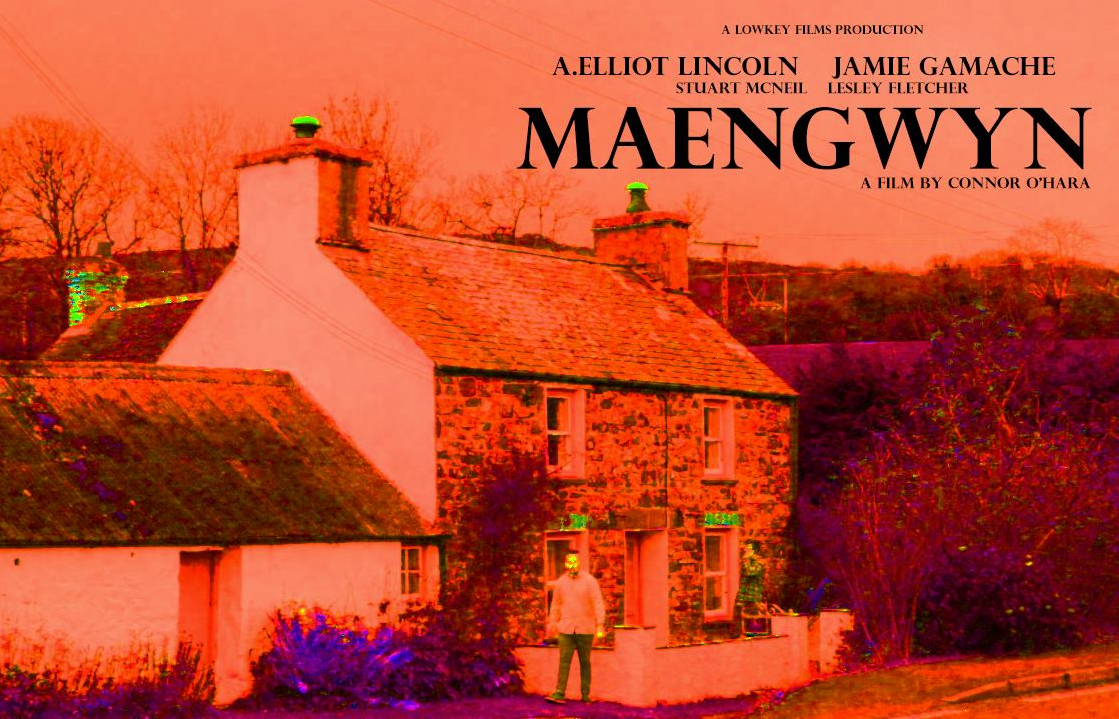 There is definitely a distrust of English villages. Little old ladies keeping murderous intentions behind netted curtains, quiet local people having local drinks with their local friends, hating everyone who isn’t from around there, everyone banding together to commit something horrific and the secret stays just as buried. This is exactly why films such as Hot Fuzz, shows such as ‘League of Gentlemen’ and classics such as The Wicker Man have only made that fear more.

So when LOWKEY films released their Maengwyn short film, they only did a bloody brilliant job of giving more reasons to keep on the main motorway and avoid any turns offs where possible. Maengwyn is a short gothic story about two young lads who rent a cottage of the titular name. In one of the locked rooms, they find a dead body. But when one goes to get help, the other finds himself in a game played by some malevolent forces.

Impressively, this 19 minute short was done on no budget. More impressively, there was no location and sound was done post production by the talented Jamie Gamache. While for some, this would absolutely damn the production, the creativity of director Connor O’Hara turns Maengwyn into something actually creepy and scary. Reminding us of classic genre horrors and that gothic feel similar to Hammer, this movie is less about the jump and more about what it can slither under your skin. And it takes you down this strange road and off the beaten track. It allows you to feel safe with the plot before twisting it upside down, making you unnerved and uneasy. Maengwyn is ghoulish and eerie.

With really great effects, well played acting, especially by Alex Lincoln, and a plot that is devilish and playful with its fright, Maengwyn is a fantastic short that crawls down your spine and haunts you. It’s a cottage that is not prone to taking survivors and a short film that will wrap you up in it’s excellent horror.