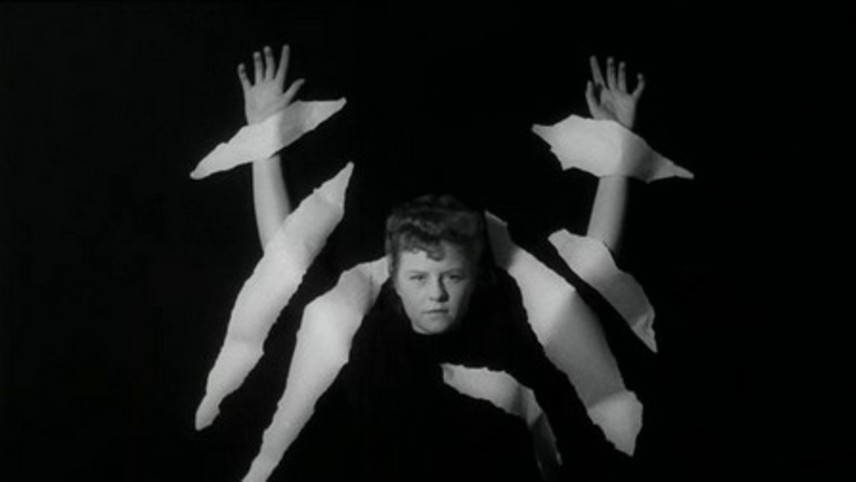 There is a fine line between surrealist cinema and throwing a bunch of images together and calling it art. It is the same with any art, really: someone can shit stain toilet paper and people get nuts but what is the meaning behind it all? Sometimes with exquisite masterminds such as Salvador Dali, those random images can coherently string a meaning together that evolves over time (for example, his work with Luis Bunuel in Un Chein Andalou is one of the best). So Danish filmmaker Jørgen Roos and Wilhelm Freddie around the 1950’s, teamed up for Eaten Horizons (which you can, and will, make pretty comparisons with the other two jokers previously mentioned).

So as this is a surrealist movie, there is not much in the way of plot – what makes Eaten Horizons quite an impressive short? Well, for one, it has been likened to Cronenberg’s experience with body horror and for that, it’s worth a gander. As for the themes, there is actually quite a lot you can take from it. It’s an amalgamation of the body in the nude form. Which is mostly female and if we were going to go down that route then I suppose it’s either a celebration of the feast that is a supple nude lady or indeed, that is exactly how men see us – but that’s a complete in-depth scene by scene analysis for another time. Yes, that’s coming. The entwining of bread and meat with the body in this succession of oddities highlights both the importance of food or at a deeper level, how the life is “eat or be eaten.” There is penance within jail and that imagery is likened to being trapped without the simple pleasures of life (sex and hearty meals). It’s in this that the film becomes this impressive short that is delectable in themes.

At under four minutes, the film does a lot of greatness and gives you enough to chew other. Though, if surrealism isn’t your cup of tea, you’ll be left with a bad taste on your tongue – mainly, you will lap up its (debatable) messages for a while.