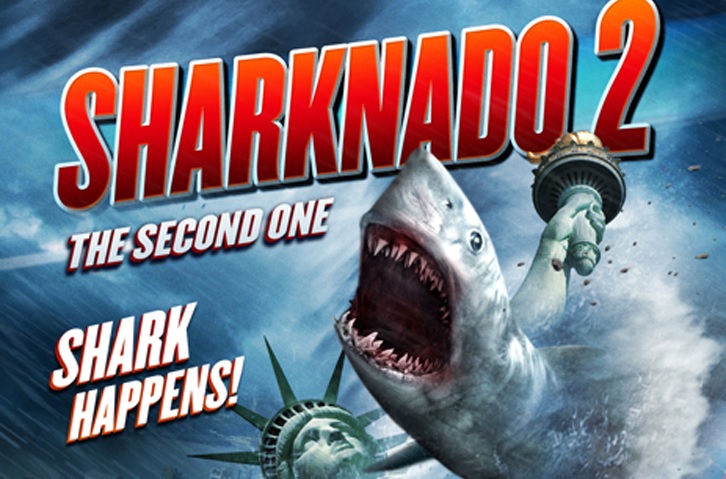 Sharknado 2: The Second One has sunk its teeth into new cast members, after it was announced that Vivica A. Fox, Mark McGrath, Judd Hirsch, Andy Dick, Judah Friedlander, and Kelly Osbourne would all join Sharknado experts April (Tara Reid) and Fin (Ian Ziering), who return as the only ones who know how to defeat the terrifying tornado-come-shark,

A mixed casting, some could argue, from Oscar Nominated Hirsch to stroppy-reality star Osbourne both meeting on screen to fight the ecological nightmare that is Sharknado.

Sharknado 2: The Second One will be flying onto our screens sometime this year. Get ready for all that social buzz all over again…