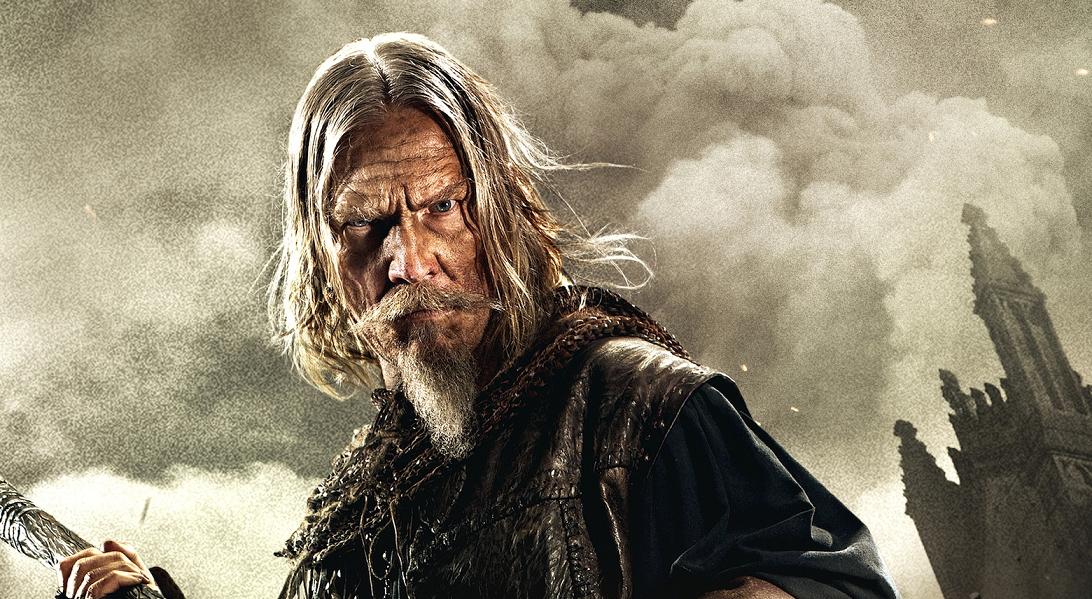 Warner Bros. UK has unleashed the not only the first-look trailer but also the artwork [above] for the upcoming feature film SEVENTH SON, adapted from Joseph Delaney‘s first book of The Wardstone Chronicles series, The Spook’s Apprentice.

This new trailer finds Jeff Bridges playing Master Gregory, a warrior-come-exorcist joined by new apprentice Thomas Ward (Ben Barnes). Thomas, the seventh son of a seventh son, joins forces with Gregory in a struggle against all manner of dark forces in the 1700s, culminating in a battle with Mother Malkin (Julianne Moore), the queen of evil. To make matters worse, Tom falls head over heels in love with young witch, Alice (Alicia Vikander).

With this being an adaptation of the first novel in the series, we could be in for a number of sequels but, given yesterday’s news of Legendary leaving Seventh Son‘s production company Warner Bros. to form a new partnership with Universal, this could be tricker than first planned but we’re sure is certainly not off the cards.

We’ll leave you with the aforementioned first trailer.

In a time long past, an evil is about to be unleashed that will reignite the war between the forces of the supernatural and humankind once more.

Master Gregory (Jeff Bridges) is a knight who had imprisoned the malevolently powerful witch, Mother Malkin (Julianne Moore), centuries ago.  But now she has escaped and is seeking vengeance.  Summoning her followers of every incarceration, Mother Malkin is preparing to unleash her terrible wrath on an unsuspecting world.

Only one thing stands in her way: Master Gregory.  In a deadly reunion, Gregory comes face to face with the evil he always feared would someday return.  Now he has only until the next full moon to do what normally takes years: train his new apprentice, Tom Ward (Ben Barnes) to fight a dark magic unlike any other.