The Conjuring 2 takes us back into the chilling real world of the Ed and Lorraine Warren (Patrick Wilson, Vera Farmiga) as they tackle one of their most terrifying – and most documented – cases of paranormal activity. The sequel moves away from the United States and drops us into a very rainy 1970s Britain and to the Hodgson family, who believe their home is being threatened by a malevolent entity.

The Conjuring 2 is another solid and effortlessly spooky feature from director James Wan (Insidious, The Conjuring) that proves that he is far from finished scaring his audiences to death. Much like its predecessor, this sequel is at its most effective when it is at its simplest. James Wan is a master at conjuring an atmosphere that drips with dread and tension, with most of The Conjuring 2’s terror lying within simple sweeping camera shots or one that suspiciously lingers in the dark. The space on-screen in used remarkably to give the audience a real feeling of the depth of every frame; proving that there is no need for 3D, because The Conjuring 2 can incite fear using what lurks in the shadowy background damn effectively. There is an even heavier dose of creativity present in this one, with one of the stand-out horror set-pieces revolving around the child’s tale the Crooked Man. Similarly to the first, we have another film that uses more than those typical jump scares that are present in, quite frankly, 90% of mainstream American horror films. These frights will make your blood run cold, because they are purely petrifying and timed to perfection.

Although it is easy to praise what is so right with The Conjuring 2, it then becomes equally as easy to point out its downfalls. Despite being perhaps equally as creepy as the first, there is something missing that prevents the scary deliveries from having quite the same impact as they had in the 2012 film. Perhaps Wan’s mastery is bordering on the predictable or perhaps we’re fast becoming unimpressed with back-and-forth camera movement that finishes with an expected moment of fright, but whatever it is, The Conjuring 2 is undoubtedly missing the stone-cold chills that were crafted in the first. When the horror bar is set so impossibly high – especially by your own self, it becomes an impossibility to replicate or match what was so terrifying. The heart-racing fear from The Conjuring is missing, but this is certainly not without Wan’s beautifully manipulated menace that deserves to be commended.

The story itself equally soars and sinks as it differs itself from the first film. The Conjuring gave us an introduction to Ed and Lorraine Warren, so this one sees us happily sitting with the couple like we’re old friends. If we’ve forgotten how much the pair love each other, then we’re going to be reminded… A lot. This film evenly focuses on the supernatural terrors faced by the Hodgson family as it does the threats to the Warrens’ relationship. Rather than solely trying to scare the be-jesus out of us, The Conjuring 2 wants us to feel an emotional connection to our paranormal investigators. It is an understandable decision to add this extra layer of storytelling to the film to prevent the franchise from being a one-trick pony – a spooky one at that – but, there are times when the emotional drama borderlines on the melodramatic and instead of drawing us further into the story, it pushes us out with a battering ram of far too discernible sentimentality. That’s not to say I didn’t dig Ed Warren’s Elvis Presley rendition, because hell yes I did, but some of the heart-rending, soppy nonsense wouldn’t have gone a miss.

Albeit ever-so-slightly disappointing when compared to the near masterpiece The Conjuring, The Conjuring 2 is a worthy follow-up to a film that is impossible to match. It is another elegantly captured ghost story with plenty of tricks up its sleeve, ensuring that you leave the film with your heart beating that tiny bit faster and understandably paranoid about the dark corners of your bedroom.

In this article:james wan, The Conjuring II 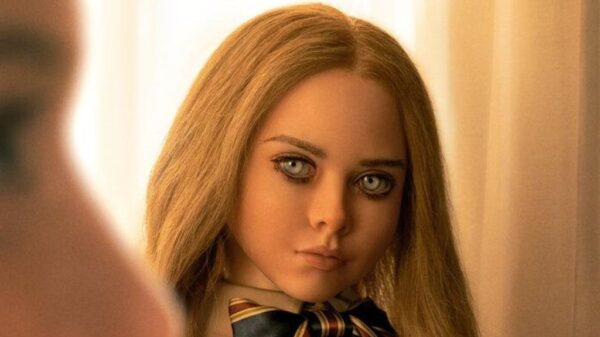 Universal Pictures has today dropped the first official trailer for a fresh new face in terror who goes by the name of M3GAN. She’s... 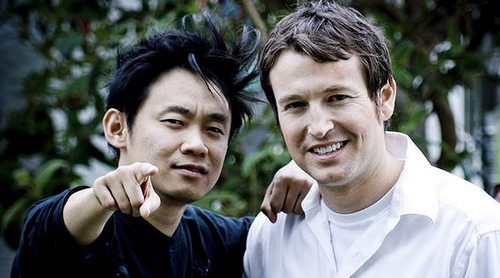