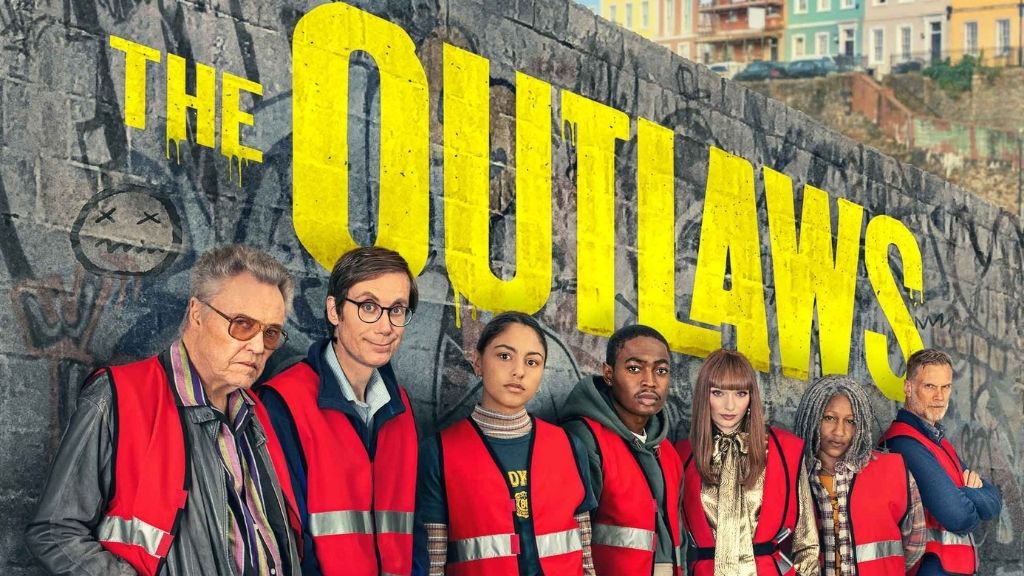 Less than a month away from the debut of the comedy thriller series “The Outlaws” from “The Office” co-creator, Stephen Merchant and “Mayans M.C.” co-creator, Elgin James, Prime Video has released the official trailer for the show’s first season.

“The Outlaws” follows the exploits of a disparate assortment of misfits who are thrown together to complete a community service sentence in Merchant’s former hometown of Bristol. But when one member of the group winds up entangled in the dangerous criminal underworld, they all end up forming an alliance none of them would have ever believed possible. The show’s offbeat characters include Rhianne Barreto (“Hanna”, “Dixi”) as prospective but kleptomaniacal Oxford applicant Rani, Darren Boyd (“Trying”, “Fortitude”) as straight-laced entrepreneur John, Clare Perkins (“The Wheel of Time”, “Suspicion”) as driven activist Myrna, Eleanor Tomlinson (“Poldark”, “The Nevers”) as bratty socialite Lady Gabriella, Merchant as brooding lawyer Greg, Christopher Walken (“Severance”, The Deer Hunter), in his first-ever appearance in a British sitcom, as fresh-out-of-prison veteran felon Frank, and Jessica Gunning (“Back”, “Fortitude”) as Diane, the community service supervisor.

The show’s setting is something that Merchant felt would serve as an interesting backdrop as his parents previously work for community service when he was growing up with his mother supervising offenders on placements.

Commenting on the series with The Guardian, Merchant explained his decision behind spicing his signature humor up with a touch of Hitchcockian thriller elements: “I like the idea of fusing different sensibilities. I kept thinking of “The Outlaws” as a western, but a really pedestrian, suburban, low-rent kind of western.”

“The Outlaws” is a Big Talk and Four Eyes production co-created by Stephen Merchant – who also serves as an executive producer, director, and writer – and Elgin James. Luke Alkin, Kenton Allen, and Matthew Justice also serve as executive producers for Big Talk. “The Outlaws” is co-produced by BBC One and Amazon Studios. Global distribution is handled by BBC Studios. In November last year, it was announced that the show has been picked up for a second season.

Following its incredibly successful premiere on BBC One and BBC iPlayer in the UK, and an announcement last November that the show had been picked up for a second season, all six episodes of the Amazon Original series will debut on Prime Video this coming Friday, April 1 in the U.S., Canada, Australia, New Zealand, and Nordic countries. In anticipation of the series reaching the much wider audience it deserves, we’ll leave you with the aforementioned trailer.