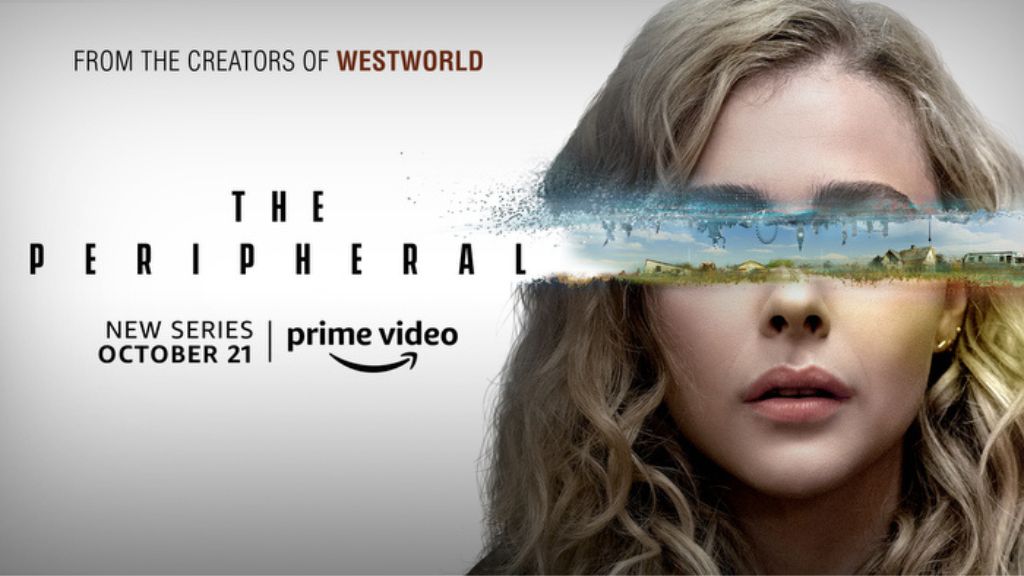 Prime Video has unveiled the official trailer for the forthcoming original series, “The Peripheral” based on William Gibson’s 2014 sci-fi novel of the same name which presents an extraordinary and fascinating harbinger of the fate of humanity – and what lies beyond it.

From Showrunner Scott B. Smith (A Simple Plan, The Burnt Orange Heresy), and boasting an all-star cast of regulars headed up by Chloë Grace Moretz (Suspiria, Let Me In, Kick-Ass), Gary Carr (21 Bridges, “The Deuce”), and Jack Reynor (Cherry, Midsommar), “The Peripheral” revolves around Flynne Fisher (Moretz), a woman trying to hold together the pieces of her broken family in a forgotten corner of tomorrow’s America. Fisher lives in the rural American South, working at the local 3D printing shop while earning much-needed extra money playing VR games for rich people. One night she dons a headset and finds herself in futuristic London – a sleek and mysterious world, alluringly different from her own hardscrabble existence.

But this isn’t like any game she’s ever played before: Flynne begins to realize it isn’t virtual reality… it’s real. Someone in London, seventy years in the future, has found a way to open a door to Flynne’s world. And as utterly beguiling as London is… it’s also dangerous.  As Flynne searches to discover who has connected their worlds, and for what purpose, her presence here sets dangerous forces into motion…forces intent on destroying Flynne and her family in her own world.

Gibson’s 2020 book “Agency” is a sequel and prequel to “The Peripheral”, with one plot set in the alternative 2017 whilst a second plot line involves people in a post-apocalyptic 22nd-century meddling with 2017.

“The Peripheral” is produced by Amazon Studios and Warner Bros Television, in association with Kilter Films. Executive producers for The Peripheral are creator and showrunner Scott B. Smith, director Vincenzo Natali (In the Tall Grass), Greg Plageman (“Person of Interest”), Jonathan Nolan and Lisa Joy (“Westworld”), Athena Wickham (“Westworld”), and Steven Hoban (In the Tall Grass).

Season 1 of “The Peripheral” premieres on Friday, October 21st on Prime Video and, until then, we’ll leave you with the official trailer for what promises to provide a smart, nuanced twist on time travel tropes.