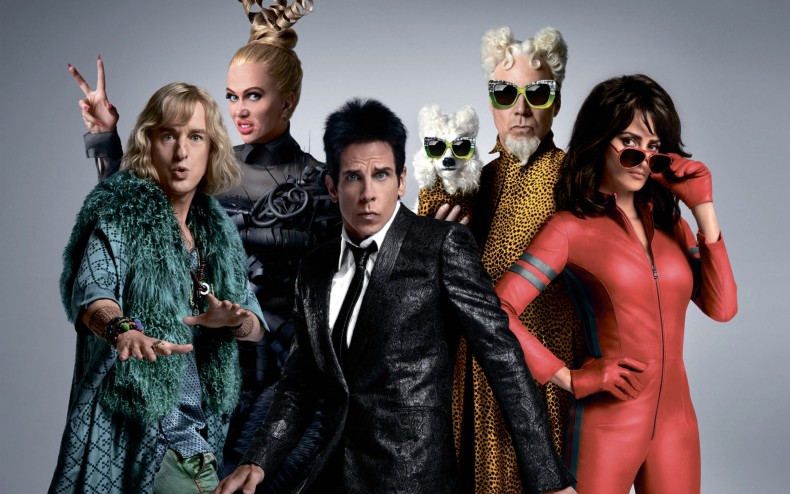 Without accidentally, on purpose placing the words really and ridiculously in front of every sentence, ever – Zoolander 2 is just as ridiculously good as the original idea.

The opening scene alone, the death of pop star Justin Bieber is one hell of a good start to this cult classic. Our favourite supermodels are hiding in the shadows after a series of unfortunate, yet ridiculously funny events but there is nothing quite like Penelope Cruz in an all-in-one red leather biker suit to get you out of a rut, is there?

Back in 2001, Ben Stiller and Owen Wilson took to the catwalks, with style, luscious locks and that oh so famous stare…..Magum, or was it Blue Steel? By the by, these guys hit the nail on the head when it came to the perfect combination of intelligence and comedy, and Zoolander 2 is no exception. From the word go, this is knicker-wetting funny. If you think this is going to be a ground-breaking feature, then this probably isn’t the one for you. If you are able to stomach Anchorman 2, then this is leaps and bounds ahead of Ron Burgundy and his merry men. With possibly the same amount of unbelievable cameos popping up, making you physically shake with giggles, not just at who’s who but how fabulously acted this absurdly ridiculous this script is. Derek Zoolander Jr (Cyrus Arnold) is all grown up and let’s say after seeing how ‘fat’ his son is Zoolander wants next to nothing to do with him, up until the point where notorious baddie Mugatu (Will Ferrell) hatches a plan to slaughter him.

Wading through the genius gags and wrongly pronounced vocabulary underneath it all is a pretty clear message. Just as the first did, this utterly rips apart the fashion industry and how self-conscious we are as a nation. The fact they gave Benedict Cumberbatch‘s fabulous supermodel the name ‘All’ simply reflects that we should accept everyone for who they are and not just the way they look or what they do. Kirsten Wiig‘s horrendously plastic-faced designer Alexangya Atoz was near impossible to take seriously, alongside waste of space, weed smoking, hipster Don Atari (Kyle Mooney) that quite frankly at times was harder to understand than Hardy’s Bane. Of course, there will be those who choose to take offence and over complicate the stunning Penelope Cruz that is ex, dare I say it, swimsuit model come fashion police-officer Valentina, when it’s painfully obvious she is having a whale of a time playing this ridiculous character. This time round having a hand in writing these ridiculous jokes and reprising his role, disguised as one quirky headmaster is The Leftovers star Justin Theroux as Evil DJ who fits right into this crowd of severely misunderstood misfits.
Alongside the various actors and musicians who appear on screen, one will gasp at the number of high flying fashion bees that make a good stab at acting here. Fraction of a second and you might miss it, albeit the timing is everything here. Above all, Zoolander 2 is a really ridiculous roller-coaster that doesn’t stop spinning, even when the credits roll. There are so many ‘wow’ moments for the right and wrong reasons that you would be ridiculously insane not to love this.
Zoolander 2 strikes a pose in cinemas Friday 12th February.
0 people like this
Cinema, Reviews
Ben StillerBenedict CumberbatchmovieOwen WilsonsequelZoolanderZoolander 2

Hey guys! I'm Gloria Daniels-Moss, a former student and graduate of Canterbury Christ Church University where I had the pleasure to study English and most importantly Film! I enjoy everything from Silent Cinema to bullets flying across the screen - all thanks to Scorsese and Tarantino. On a rare occasion I have even been known to enjoyed the odd rom-com dare I say it. In my spare time I write reviews on my own blog page (cinelanguage.blogspot.com), am currently writing a TV series and have recently been lucky enough to produce and direct (even star) in some music videos for local artists. Anyway, I hope you enjoy reading my work and I promise it won't all be waffle.
You may also like
CinemaReviews