Under the Skin ReviewTony Black
05

Under the Skin Review 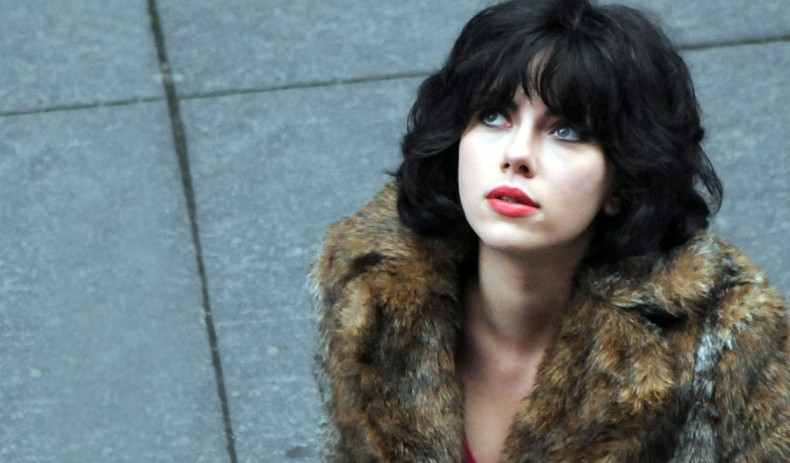 Everything
Nothing
Total Score
A striking, dark, quietly terrifying, deeply disturbing experience that you won't be able to shake from your mind. Nothing short of an art house masterpiece.

How often does a film truly stay with you after you’ve left the cinema? Not just roll around your head for a while but actually seep into your bones, into your mind, take hold and refuse to let you go. There can’t be many. Without question, Under the Skin had that effect, and then some. Jonathan Glazer‘s film is, frankly, almost impossible to describe to anyone who hasn’t experienced it and this truly is a piece of work you need to experience cold. To say the title is an apt one would be a massive understatement; watching Under the Skin is a deeply unnerving, disturbing experience because it’s so remote, so alien, so intentionally out of reach and enormously unconventional, it’s genuinely the kind of film where you spend the entire running time on a knife edge of ominous expectation. People think explosive blockbusters are a thrill ride? No way. No. *This* is thrilling, in so much as you are cast away with the striking, unerring weirdness Glazer projects at you. Honestly, without hyperbole, this is one of the strangest films you have ever seen.

To say a great deal more about Under the Skin would be to perhaps neuter the experience, but in simple terms the story – such as it conventionally is – sees Scarlett Johansson playing an unnamed woman driving around the rougher parts of Glasgow and Scotland beyond in a van, using her beguiling looks and a plum (impressive too) English accent to lure in impressionable men for sex, only to then… well, you’ll see, but kill them would be the easiest description. Glazer’s film as a result is deeply sexual, though not in a traditionally erotic or sexual way; the first time we see Johansson, who incidentally answers any critics she may have had about whether she can act here, she is naked and removing the clothes off a woman’s corpse, adopting her persona. She becomes a character as she beguiles various different men, and ultimately as we peel away quite who she is, the woman undertakes a journey of discovery; not of self, but the world around her, a world she doesn’t understand. Johansson is a magnetic screen presence throughout, Glazer rarely taking his lens off her, and she conveys an unearthly quality that fits the thematic concept of the movie – what, indeed, lies under the skin? What does it mean to be human? There are no answers, merely questions. Glazer’s entire film, actually, is one big question.

And therein lies part of its genius, because for my money he’s created nothing short of an art house masterpiece here. For only Glazer’s third film, plus a brace of well known music videos and commercials, quite what he delivers here is a remarkable adaptation of Michel Faber‘s original novel. He opens on a deeply strange and disturbing visual and holds it, introducing the other masterwork of the piece – Mica Levi‘s deeply unearthly and dissonant score that provides almost a constant companion to the visuals. Glazer then puts Johansson in the frame, around her getting into the cold, stark, eerie landscape of Scotland while also representing the grit and grime of the modern urban landscape. It’s well known he filmed some of this guerrilla on the streets, having Johansson pick up men who didn’t at first realise they were acting, and that adds to the at times almost docu-style realism of the whole thing; it feels like you’re peering in on something, someone, truly and deeply strange and that pervasiveness, coupled with the twisted and dark undercurrent of sexuality Glazer depicts here, are never less than riveting. It’s perhaps the way the woman dispatches the men she picks up where Glazer’s visual stylistics really come into play and to say any more would be unfair, but… it’s quite striking, bizarre in the extreme, metaphorical and horrific in equal measure. Glazer never wants us to feel comfortable, or predict where anything is going, or indeed truly understand everything – nothing here is neat or tidy, there are no real explanations or resolutions, we are simply dropped into a narrative that talks on several levels about humanity without barely any dialogue throughout. It says a lot by saying nothing at all.

Without question, Under the Skin will polarise opinion. Some will find it ponderous, tedious and simply far too impenetrable to take much away from it. Others – such as myself – may have a profound reaction to a piece of cinema that is truly unlike anything else out there. Jonathan Glazer, on this evidence, needs to make more films as he displays the skill of a quiet auteur, while Scarlett Johansson gives perhaps the best performance of her career simply by the power of how much she underacts, how she uses her deep sensuality to develop a quite unnerving performance. It’s just a striking, dark, quietly terrifying, deeply disturbing experience that you won’t be able to shake from your mind.