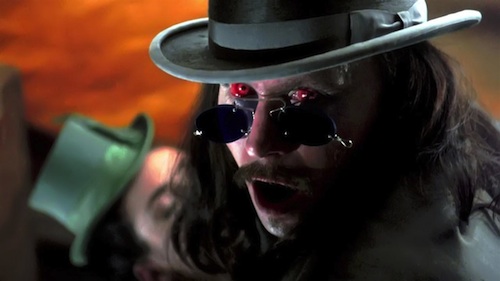 Coppolla does a fantastic job with his direction. Combined with Michael Ballhaus' cinematography, Coppola’s eye for drenching movies in colours and themes is intense here and oh so enjoyable.
Keanu Reeves cannot wrap his tongue around a simple British accent. This at time can be distracting but sadly affects his performance as Jonathan Harker.
Total Score
Francis Ford Coppola's immortal love story is filled with mystery, intrigue and horror. It takes us back to a time where vampires danced between romance and nightmares.

Gary Oldman is an icon. If you don’t agree with me, then you are wrong. Gary Oldman is a national treasure. Not only are his roles immensely great, but he is hysterical too. Ok, so recently he has made a couple of gaffs by allowing his mouth to run away with him, but he has equally (and sincerely) apologised for them. Regardless how you feel about him, Oldman has carved out an impressive career and has time again proved his importance as a thespian, changing himself to this iconic characters both good and evil and nails it ever time. And if he takes a role purely for the money, he still nails it. And at least he is honest about it!

One such role in a film that is often blasted with ridicule (mainly down to Keanu Reeves), is his performance in Bram Stoker’s Dracula. This Francis Ford Coppola film is stunning and sees Oldman as the titular character. Following the classic tale, accountant Jonathon Harker is sent to Transylvania to serve under the fanged villain. Only when Dracula learns of Mina, Jonathon’s betrothed, he finds that she reminds him of a past love, one he lost through war, long before the events of the film. Can Draculas bewitching spell entrance Mina to the darkness of bloodlust?

Coppola’s movie about the Prince of Darkness is without a doubt an epic movie. Alongside cinematographer Michael Ballhaus, Coppola’s eye for drenching movies in colours and themes is intense here and showcases perfect transitions between scenes. Saturating the haunting tale with imagery and a stellar spectrum adding a depth of melancholy and beauty to the film. Though somewhere in the movie is the air of a Victorian romp, Coppola still adds mystery, intrigue and horror where women are bewitched by passion and shadows on the wall dance with gothic poetry, beating in an unbeating heart. It’s slow and unnerving, the way vampire movies should be.

Ignoring that Keanu Reeve’s cannot wrap his tongue around a simple British accent, but the performances are strong. Oldman delectable holds us in his palm, being equally seductive and scary all at the same time. Bouncing through decrepit and youth, Oldman gives a unique spin, making him highly sympathetic as he battles his untimely isolated immortality. Delicately dancing between limbo and hell, Oldman’s centric performance is driven into your memories as the count who lost his love and yearns for her back. It’s an exquisite performance enhanced by Winona Ryder’s mesmerised Mina and Anthony Hopkins drunk Van Helsing.

It takes us back to a time where vampires danced between romance and nightmares. Not in the way that Twilight obliterated it but in a way where seduction and terror go hand in hand. The fear of the bite, the curse of the blood lust and entrapment of desire, it all makes the heart pulsate wildly against the chest. Your bones will quiver with the goosebumps dancing down your spin and that’s the way Dracula should be. Oldman is terrific and Coppala’s feast of the  gothic is delectable, like a supple bite into the flesh and a sip of blood. 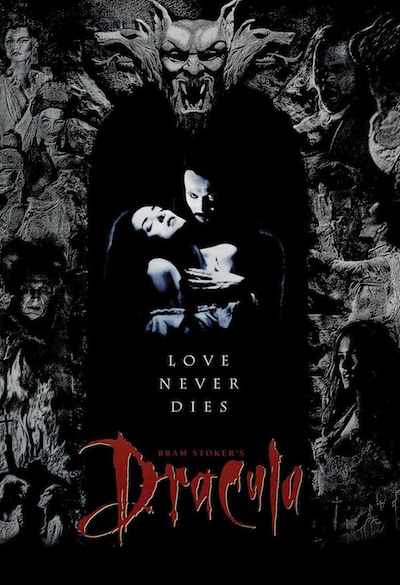 Sarah Cook is a Film Journalist, Director, and Screenwriter. Founder at We Make Movies On Weekends. She will talk about Filth and James McAvoy. A lot.
You may also like
Cult CinemaFeaturesReviews