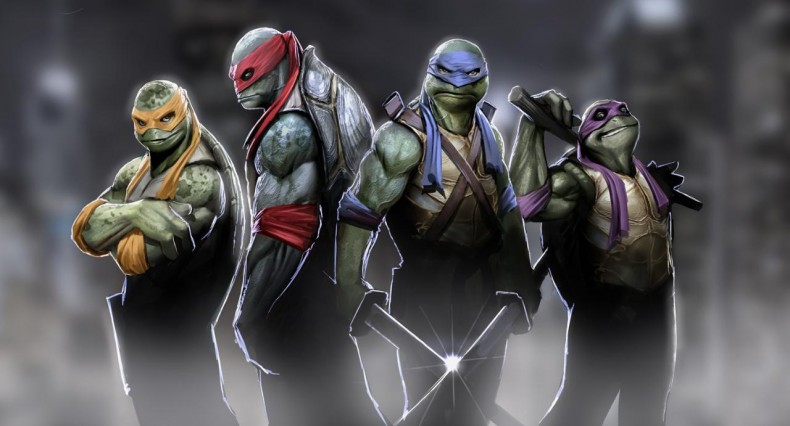 Snowed cliff chase sequence is its best asset.
Terrible script that aims to hit the Hollywood beat sheet with some of the year's worst dialogue, the misuse of a cast that deserves much better, personality-less action.
Total Score
Teenage Mutant Ninja Turtles is a wreck unfolding in front of your eyes; drained entirely of the Turtle Power that hurtled them to fame.

It is an exciting prospect to watch what you loved as a child be reimagined with a gigantic budget. What you loved is still relevant to the masses according to the studio, a hundred million dollar shot of nostalgia, giving you an exciting rush that many films cannot rival. It is also a dangerous path. Like the line, never meet your heroes, you’ll only be disappointed, Teenage Mutant Ninja Turtles is an utter disaster that in one single swoop can destroy your entire childhood. Filled with self-doubt, you will question whether or not it was even good in the first place and was always this tragic. That may be the truth for the other live-action incarnations of the turtles, but the cartoon still has something special that is ruined by the transfer. Ruined is the only fitting word for a childhood that lays in shambles, covered in dirt, on the floor, being spat on, the money flaunted in front of you.

This is a Teenage Mutant Ninja Turtles origin story, because everyone has always wanted to hear about how these turtles mutated into adolescent masters of Ninjitsu. Reporter April O’Neil (Megan Fox) wants to do more as a reporter than bounce on a trampoline for people to ogle her. The fluff pieces are crippling her. The very first thing we find out about her from another character is “Boy, you don’t give up, do you?” in case you don’t get from all the work she puts in that she’s tenacious. April starts to follow a story about the Foot Clan, but it leads to strange markings which are present in crimes that were thwarted by acts of vigilantism. The story starts to unravel, in an unimaginable scale for April.

It would be easier to list all of the problems in this film than anything else. It is a mess. A mess which tries its inadequate hand at humour, but rarely ever actually hitting it. When you hire someone as talented as Will Arnett, it’s baffling how you cannot give him funny lines, or perhaps even let him riff to make his own. Most of what Will Arnett says is not funny, but that is not his fault at all, it is the script’s. Possibly the most bizarre casting is that of Johnny Knoxville as Leonardo, the straight leader role of the Ninja Turtles. Johnny Knoxville is an inherently funny guy, it feels downright ludicrous to give him the character with the least humour. Even daddy issue Rafael (Alan Ritchson) has more comedy. William Fichtner, who is usually terrific, has to utter only exposition or a clichéd line for his character – most of the time, it’s both. None of this is the cast’s fault. They all try their hardest, but the problem starts long before them. The script is of the lowest order, making sure to hit Blake Snyder’s Save the Cat! beat sheet while adding in some of the stupidest dialogue of the year.

In the end, this is not a film for review. This is a film made for children – although its 12A rating in the UK is a bit of a head-scratcher – but since when does making something for children mean something awful? They will enjoy this, it’s about ninjas who happen to be teenage turtles, as they make pop-culture references from the past 3 years. Pop-culture references are fine, we live in a postmodernist era of constant intertextuality, but there are ways to make it funny and then there is simply saying that you are aware of these things. Teenage Mutant Ninja Turtles does the latter. Jonathan Liebesman proves that he can direct some action sequences, but that does not mean they will be exciting. After the past failings of Battle: Los Angeles and Wrath of the Titans, you feel like studios would start to strip away his budget. He is a director bereft of personality – unless oversaturated visual effects counts. For the exception of a chase sequences down a snowed cliff, the action sequences are basic and bland. Its attempts at personality are having its characters say something moronic. These characters are meant to be likeable, everything is always about likeable, but these characters could be the most hated of the year, thanks to their idiotic dialogue that is no way endearing. Teenage Mutant Ninja Turtles is a wreck unfolding in front of your eyes; drained entirely of the Turtle Power that hurtled them to fame.