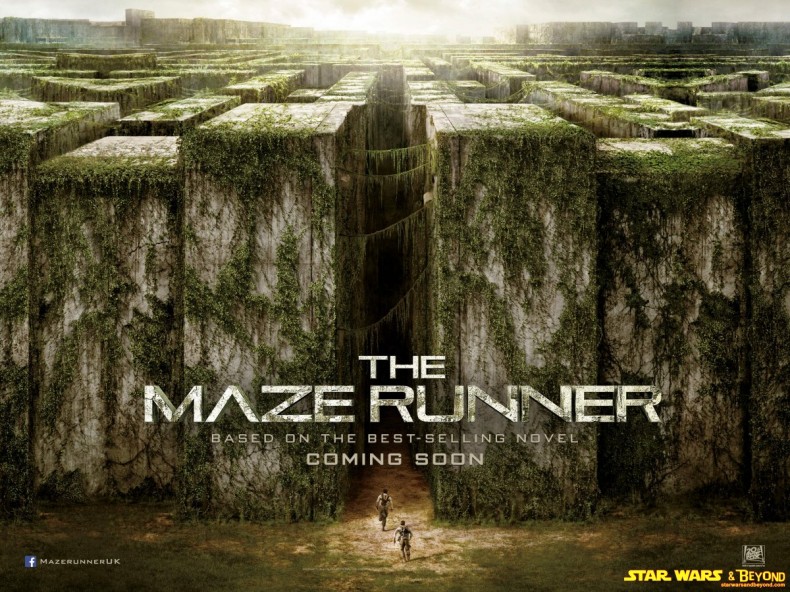 Immensely entertaining adventure fun, that can be enjoyed by children and adults alike.
Although it may seem painstakingly obvious that they are setting up this up for a sequel, just enjoy the fun!
Total Score
An outstanding cast backs this adrenaline fuelled race - who's ready for Phase 2?

Experimenting on animals, humans and virtually anything society can get its hands on has been an ongoing debate for centuries. Albeit, what would you do if the sun scorched the earth and left behind a path of destruction and a deadly disease named ‘The Flare’ in its wake? While, the authorities in this universe see fit to seek out those immune to the virus and establish what makes them different, those involved will suffer disastrous consequences before any results are seen.

The Maze Runner, based on the best-selling novel, by James Dashner, hits the ground running as we are thrown into ‘The Glade’, along with latest arrival, Thomas (Dylan O’Brien). With no memory of anything, not even his name, it becomes apparent that he, along with the other the boys are here for a reason. Except, no one knows what that reason is and some even except that this is now their home. When first examining how these boys live, it’s hard not to make associations between J.M. Barrie’s Lost Boys and William Goulding’s The Lord of the Flies. In this dystopian environment the boys are a law unto themselves. They have their own rules, own political hierarchy lead by the stern but fair Alby (Aml Ameen), but things start to collapse as Thomas breaks several rules. At the same time every morning, the harsh sound of metal scraping on stone resonates through the camp as the gigantic gates of the maze open. Despite mapping the entire maze out for years, Minho (Hi Hong Lee) head ‘Runner’ claims there is no escape route – but Thomas simply can’t accept that.

What appears to be a simple premise; kids placed in a maze and having to find their way out becomes far more superior than the average adventure teen flick. Even though we are presented with a fairly young cast, by no means is there anything juvenile about what we see on screen. One simply can’t help comparing this to the recent The Hunger Games, yet although they are placed in the same category, The Maze Runner stands on its own two feet. Much like its leading man Thomas, this film is relentless. After he sparks a revolution against the very regimented and boisterous Gally (Will Poulter), we find ourselves trying to catch our breathe along with those who are sprinting through this daunting maze.

It seems first time feature director Wes Ball hasn’t let his extensive experience in special effects go to waste, as we are given some incredible visuals. The monsters, the virus and of course the maze itself is very impressive – certainly making the third task of the Triwizard competition in The Goblet of Fire look like a kids playground. The creatures nicknamed Grievers resemble spiders, but these half flesh, half mechanical monsters would certainly give Shelob a run for her money.

Notwithstanding the few clichéd scenes that are only present to carry such a narrative forward, The Maze Runner goes the full hog when it comes to action. Although it may seem painstakingly obvious that they are setting up this up for a sequel, just sit back and enjoy the fun! An outstanding cast backs this adrenaline fuelled race – who’s ready for Phase 2?

Catch The Maze Runner in theatres from next Friday,10th October, 2014 onwards.