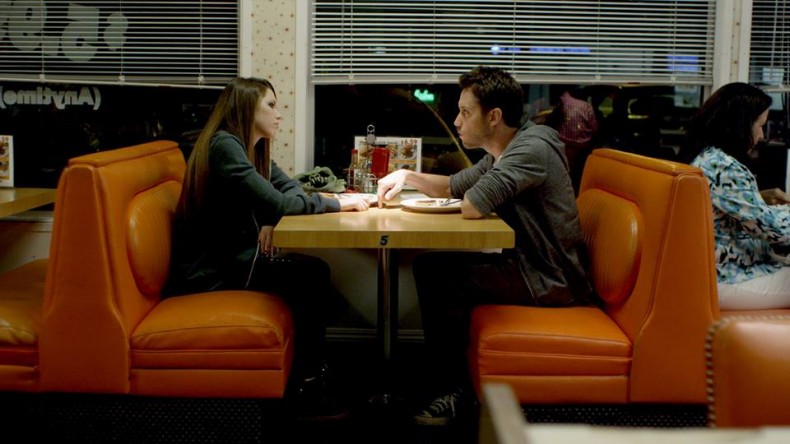 The comedy is sophisticated and is packed with heart and creativity.
Total Score
Ultimately, Maybe Someday is a story of belief, hope, relationships and the importance of self-worth.

Synopsis: Hal Donnelly, a hopeless 20-something slacker, gets his life back on track with the help of a teenage girl claiming to be his daughter from the future.

Maybe Someday is the feature debut of Ryan Moulton and is written by Michael McKiddy. An insightful comedy that uses time travel as a metaphor for fixing past mistakes, Maybe Someday combines thought provoking drama with some very sweet comedic moments to become a charmingly touching film that has a lot more to offer audiences than one might first expect.

Showing signs of a promising future as a filmmaker, Moulton takes control of a limited budget to produce a well crafted film that has plenty of heart.Under Moulton’s direction, Maybe Someday remains a controlled comedy that has a clear and poignant focus. The style of comedy does tend to be more sophisticated than your average laugh-out-loud sort of film which will not suit everyone’s taste, but the overall tone fits neatly for what the movie is trying to accomplish.

As well as demonstrating his screenwriting skills McKiddy steps in front of the camera to play Hal. Clearly knowing the material inside and out, McKiddy’s performance is spot on. Joining him in the role of Abigail is Saige Ryan Campbell as his on-screen daughter from the future. Her performance is completely natural and alongside McKiddy the pair work incredibly well together as their warmth and chemistry make them incredibly endearing to watch.

Ultimately, Maybe Someday is a story of belief, hope, relationships and the importance of self-worth. Despite a few kinks along the way, I still found the film to be charmingly creative and I felt entirely satisfied by the time the end credits began to roll.

[HORROR AND SCI-FI EDITOR] Jon Dickinson graduated from Sheffield Hallam University in 2006 with a Bachelor of the Arts degree in Communication Studies with an emphasis on PR and Multimedia. Since graduating he has contributed to several publications and regularly attends some of the biggest film festivals in the UK including Film4 Frightfest.
You may also like
CinemaReviews