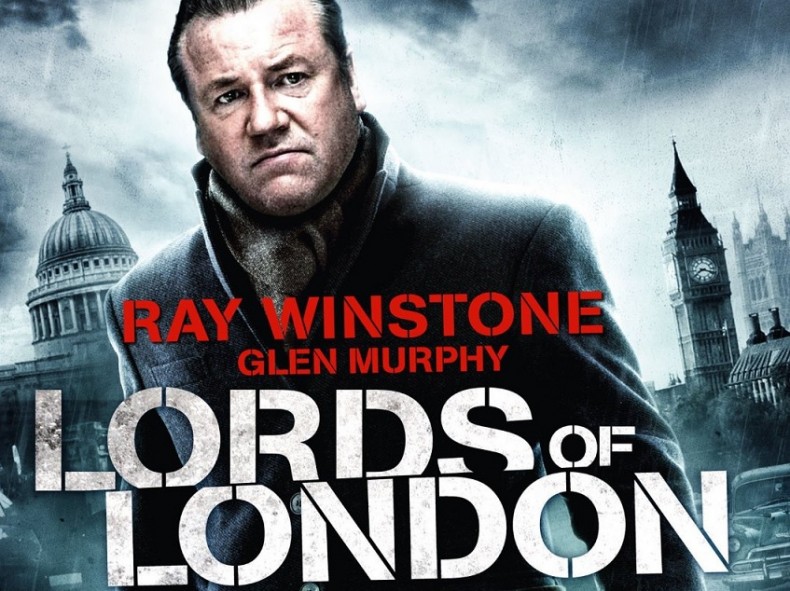 This is a new fresh, European take on London brutality.
Although a great storyline, the film's pace makes the 92 minute running time all the more noticeable.
Total Score
Fortunately, Antonio has provided us with something that raises the bar a little higher for such a genre, not just in technique but execution of storytelling.

Lords of London was originally titled Lost in Italy and we can see why. A middle-aged man wakes up in an abandoned house, covered in his own blood and has no idea how he got there. Waking up in the quaint setting of a small village in Italy doesn’t seem too bad until we are given an incite into this man’s past.

Director Antonio Simoncini presents us with a new fresh, European take on London brutality. The classic drug deals and violence take place in order to set up the narrative but the outcome is where the film really shines. Considering Lords of London is Antonio’s directorial debut this is a very accomplished film giving us a sense of where he is going with his career and the potential for more great films. This film provides the perfect balance when it comes to the stylistic decisions made in order not to alienate audiences too much. Albeit this raises the films quality establishing something much more than the standard re-hashing on a british gangster flick.

Tony Lord (Glen Murphy) finds himself in a whirlwind of a situation trying to find out answers, as he ventures to the nearest town and gets caught up with an Italian family. The father of the family, Francesco (Giovanni Capalbo) takes Tony under his wing and shows us how laid back the sunny Italian lifestyle can be, and of course everything that comes with being the father of a beautiful girl. It’s down to Tony to stop violent English boyfriend Terry (Christopher Hatherall) from taking Francesco’s daughter away and, most importantly, stop him from hurting her. Meanwhile, Tony is still trying to seek the answers as to why he is here in the first place. Through Terry and Margarita’s (Serena Iansiti) rocky relationship we are given flashbacks of Tony’s troubled and dysfunctional childhood. Growing up as the son of a notoriously tough London gangster (Ray Winstone) looks as if it had taken a toll on Tony and explains why he is so desperately trying to shield Margarita from Terry’s heated anger. As always, Winstone is solid in his bad-man role and really makes you hate his character in this one. Glen Murphy playing the agitated son also gives a great performance, translating the disorientating cuts we seen on screen through his facial expressions.
From what we see on the film’s poster (Winstone, with two guns in hand), not to mention the film’s slogan of, ‘In this city, crime is a family business’, one expects quite the London crime story. Fortunately, Antonio has provided us with something that raises the bar a little higher for such a genre, not just in technique but execution of storytelling.

With traditional Italian dancing and music, this picturesque view of life is taken away just as quickly as it was given to the main character. Just be aware of figuring this one out a good few days before Tony does. Lords of London has already won best film at both The Abbruzzo Film Festival and The New York Hell’s Kitchen Film Festival and appears to be one for the watch list.

Hey guys! I'm Gloria Daniels-Moss, a former student and graduate of Canterbury Christ Church University where I had the pleasure to study English and most importantly Film! I enjoy everything from Silent Cinema to bullets flying across the screen - all thanks to Scorsese and Tarantino. On a rare occasion I have even been known to enjoyed the odd rom-com dare I say it. In my spare time I write reviews on my own blog page (cinelanguage.blogspot.com), am currently writing a TV series and have recently been lucky enough to produce and direct (even star) in some music videos for local artists. Anyway, I hope you enjoy reading my work and I promise it won't all be waffle.
You may also like
DVD