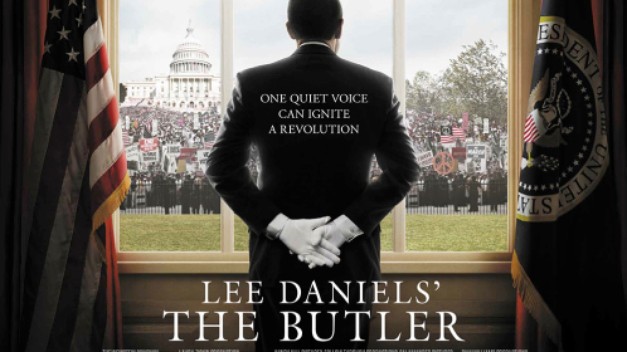 The Butler boasts an impressive lead performance by Forest Whitaker.
It also unfortunately boasts the subtlety of a car alarm.
Total Score
The Butler relies heavily on the tragedy of the time period to create emotion whilst managing to generate almost none of its own.

Lee Daniels’ The Butler is the kind of trite melodrama that unfortunately completely underestimates the intelligence of its audience. It, like many Oscar-bait race dramas, coddles and spoon-feeds its viewers, offering little more than shallow statements about the tragedy of mid-twentieth century race relations in the United States. The pre-civil rights era was a difficult time for minorities, that much is obvious, but rather than presenting a human story about a man in the midst of an oppressive existence, The Butler instead relies on the tragedy of the time period to create emotion while generating almost none of its own.

If there is a bright side to The Butler, it is Forest Whitaker’s performance as Cecil Gaines, a butler in the White House for over thirty years under five presidents (Robin Williams’s Dwight D. Eisenhower, James Marsden’s John F. Kennedy, Liev Schreiber’s Lyndon B. Johnson, John Cusack’s Richard Nixon, and Alan Rickman’s Ronald Reagan). Whitaker was awarded the Academy Award for Best Actor nearly seven years ago for his portrayal of Idi Amin in 2006’s The Last King of Scotland, and it would not be surprising if he was nominated for another Oscar trophy. As underdeveloped as Cecil Gaines (based on real-life White House butler Eugene Allen) is, Forest Whitaker contributes a shred of depth and humanity to the character. The Butler sports passable supporting performances by Oprah Winfrey as wife Gloria Gaines, David Oyelowo as eldest son Louis Gaines, and Elijah Kelley as youngest son Charlie Gaines, and Winfrey may be nominated in the Best Supporting Actress category, but for the most part, these are very forgettable performances.

Particular attention is played to Louis Gaines, a rather volatile young man who joins the Black Panthers and – in a turn of events befitting of a movie as cringe-inducing as Forrest Gump – is coincidentally involved in every major event of the Civil Rights Movement, from the Nashville sit-ins to the riding of the ill-fated Freedom Riders bus. It’s an ambitious attempt to give Cecil’s life a historical context through another character, but ultimately feels like these events are being shoehorned into the film simply to remind the audience of the real-life damage this segregation and racism caused, all in an attempt to generate a false sense of sympathy. It’s a silly and quite unbelievable set of coincidences that could only arise from a piece of Hollywood schlock as obvious as The Butler.

One of the golden rules of filmmaking is that a filmmaker should always show, not tell. The Butler tells, tells, tells, and never stops telling. It tells in the most forceful and abrasive way imaginable, as if those watching it would somehow not be able to comprehend a story or message with the slightest hint of moral, emotional, or intellectual complexity. It tells the audience what to think, how to feel, and when to do both. No doubt much of the general audience will consider the film to be inspiring and bold, in spite of how uninspired and dull it actually is. Lee Daniels’ The Butler boasts an impressive lead performance by Forest Whitaker, but unfortunately, it simultaneously boasts the subtlety of a car alarm as well. I left the theater feeling both intellectually-insulted and emotionally-manipulated, culminating in a rare anger I seldom experience with cinema.