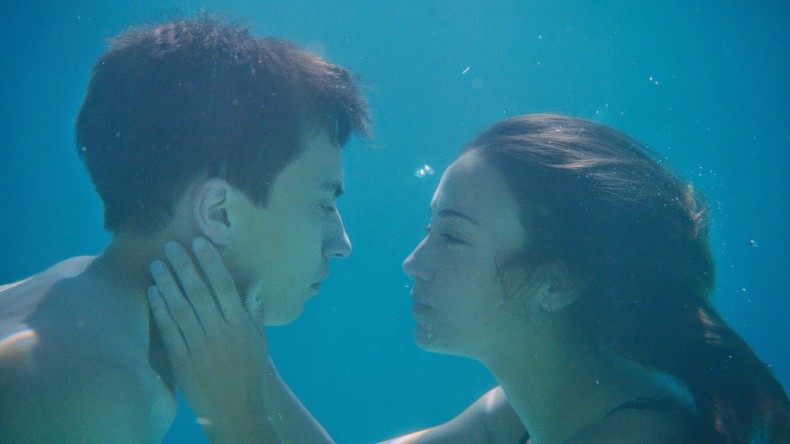 There's a few surprises to keep you on your toes, which prevents the film from feeling entirely predictable.
Sadly, Dark Summer's strong start descends into ridiculousness and the film is let down by a poor lead performance.
Total Score
An overall enjoyable little horror flick, with twists, turns and a couple of jumpy moments.

In Dark Summer Daniel is restricted to his home as a punishment for cyber stalking a girl at his school. However, after witnessing a terrible incident he believes a sinister, otherworldly presence has entered his house and he becomes determined to put it to rest.

Dark Summer begins with a sentence that will surely send shivers down the spines of millenials everywhere, “As per judges orders, your computer has been confiscated.” But, what will he do all Summer? Daniel is further warned that he is restricted from all means of social media, further inducing the pain felt by those of us addicted to the damn lot of them. The camera then seductively takes us on a tour of what will be Daniel’s prison for the summer; his own home. Stokes is pictured lying on his bed, without the internet at his disposal he is literally at a loose end. It’s going to be a dark summer indeed, without the light of the online world. Mike Le’s tale could easily be read as a warning for society’s dependence on the internet, computers and technology as a whole. The true horror is not in the ghost that’s stalking Daniel, but lying within the idea of an offline life; a place where Facebook, Skype and Twitter do not exist and entertainment must be sought in reality. All of Daniel’s problems began on his computer and his cyber-stalking has made him a prisoner in his own home. Mona’s suicide stunt on Skype extends this idea to warn about the literal horrors that we could be subject to online.

By reading Dark Summer as simply a supernatural scare-fest, it works rather well. There’s dreamy sequences in a bloody swimming pool, self-mutilation and swarms of flies seep from the walls. It’s nothing truly remarkable and there isn’t any to prevent Dark Summer from feeling unforgettable, overall. However, there’s a few twists and turns on the way to keep you guessing, and just enough to save this endeavour from being a complete failure. The soundtrack is suitably ominous at times and the film moves well between tense silences and contrasting menacing music. Sadly, the film sinks in to silliness as it draws to a close and falls in to traps frequently seen in similar features. When the teens grab a book and start to research the paranormal activity and explain what’s going on, it becomes a bit too contrived and cheesy for my taste. However, it’s not as predictable as it could have been and Dark Summer is certainly allowed to be praised for its frequent, genuinely unexpected moments.

The film is slightly let down by its cast. The self-confessed creep Daniel is played by Keir Gilchrist and he’s just not believable as that character. He plays a similar role in horror hit It Follows; a mopey, depressed fellow which worked in It’s Kind of a Funny Story, but not so much here. He isn’t a strong enough actor to lead the film and his performance becomes frustrating and annoying as he barely shows an ounce of emotion throughout the entire runtime. You’re being HAUNTED by a revenge-driven ghost, act like it. A subplot involves Daniel’s BFF Abby (Stella Maeve) and her secret (not very secret) love for him; what she finds appealing about his bland personality is beyond me. Although, it is a nice addition to the story and works in favour for the film’s finale, however, I definitely wanted more from that ending.

All in all, Dark Summer is a mostly effective low-budget, supernatural horror which has a lot going for it. There’s more surprises than you’ll expect and it’s short and sweet, so even if you haven’t enjoyed it you’ve only waste 75 minutes of your – hopefully- long life.