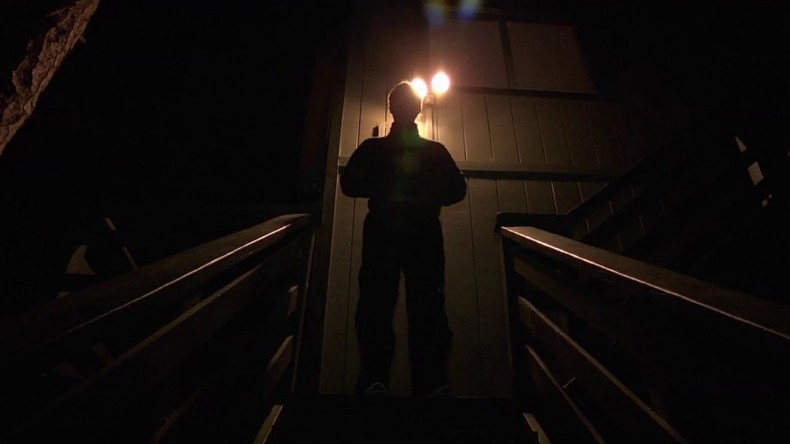 Considering the film was not scripted, Brice and Duplass really carry the film demonstrating their acting and improv ability with their only direction coming from a ten-page outline.
The film does have a high number of jump scares but taking into account the context in which they are used and how effective these moments are this should not prove a problem.
Total Score
Creep is an impressive feature debut for Brice and can only be described as a genuinely frightening experience.

A result of a desire to work with one another since his graduation from the California Institute of the Arts, filmmaker Patrick Brice teamed up with actor Mark Duplass to begin development on what was to become Brice’s feature debut. Based on Duplass’ own experience of using the internet listings website Craigs List to purchase a bed the two begun to develop an idea about a thriller about two characters using a minimal crew.

CREEP is the story of a videographer called Aaron (played by Patrick Brice). After answering a Craigs List add reading “$1,000 for the day filming services. Discretion is appreciated” he drives to a cabin in a remote mountain town to meet Josef (Mark Duplass).  At first things appear to be heartfelt and innocent until Josef starts to show signs that he might not be the man he claims to be.

After shooting the film and receiving feedback from test audiences the duo were approached by a certain well-known horror producer Jason Blum from Blumhouse Films. This opportunity gave them the chance to take advantage of Blum’s experience to finish their film. Utilising his knowledge of the genre, the pair were left with a film that Blum himself refers to as ‘an organic approach to found footage’.

This film provides an almost voyeuristic insight into an interaction between two people which doesn’t take long to become incredibly tense. Striving on realism and therefore no score, both Brice and Duplass have crafted a thriller that doesn’t rely on an excessive use of fowl language, overly gross effects or unnecessary displays of violence to disturb its audience. Instead, the film builds its scares naturally through solid acting and some truly creepy moments that you won’t soon forget.

In true Blumhouse style Creep possesses plenty of jump scares. Some work incredibly well and others not so much but the ferocity behind the scares were quite jarring and some took me by surprise which is a very difficult task to do, believe me. On reflection, this film can be criticised for having too many scares of this nature but when you take into account the context in which they are used and how effective these moments are I don’t really have a problem with it.

This said, for those easily put off by jump scares, you have no need to worry as this isn’t where the scares begin and end. It develops a sense of dread that becomes uncomfortable and incredibly tense very quickly. Just like a car crash there’s something compelling about this film and it became difficult for me to look away no matter how uncomfortable things become. Furthermore, these feelings of dread and tension intensify whilst the mystery unfolds and this is what makes the film so gripping.

Being the only two actors in this film, Patrick Brice and Mark Duplass really carry the film on their shoulders and heir performances never become stale or boring. In fact, the pair demonstrated a true acting ability which is made even more impressive considering the fact that the film was not scripted but improvised with very little direction except for a ten-page outline. The chemistry between the duo on screen is shattering, I was so gripped by their performances and the sense of realism it brought to the film that it kept me gripped wanting desperately to see how it would end.

In summation, Creep is a very impressive feature debut for Brice and can only be described as a genuinely frightening experience. I thoroughly enjoyed it and it is for this reason that I strongly urge anyone to watch it when and if you get the chance to… just watch out for Peachfuzz.

Sadly there is no news about a UK distribution deal for this film but we will keep you posted on developments as this is a film that we can’t wait to add to our collection. 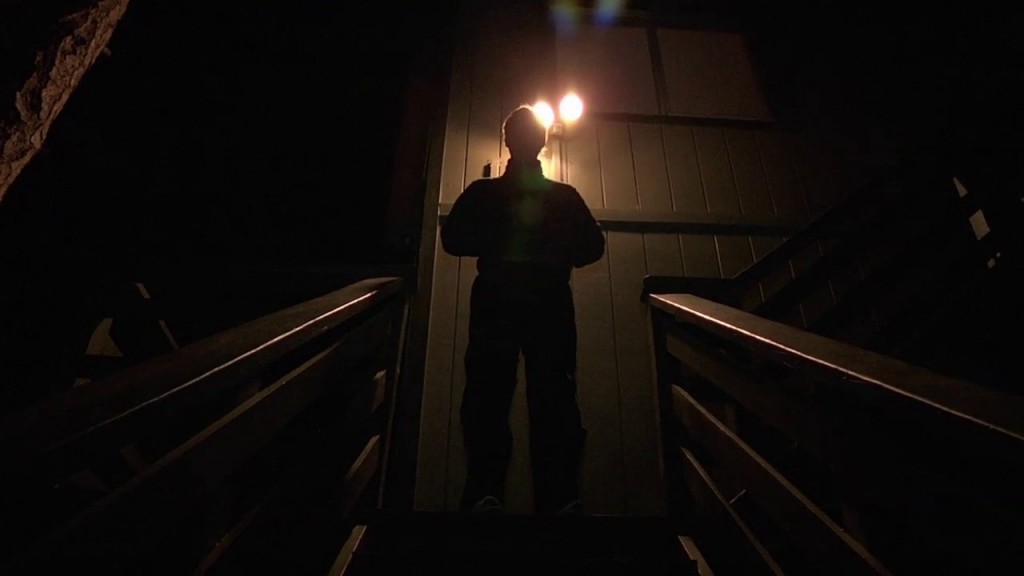 [HORROR AND SCI-FI EDITOR] Jon Dickinson graduated from Sheffield Hallam University in 2006 with a Bachelor of the Arts degree in Communication Studies with an emphasis on PR and Multimedia. Since graduating he has contributed to several publications and regularly attends some of the biggest film festivals in the UK including Film4 Frightfest.
You may also like
Killer ChordsReviews