The Boy Next Door: Review 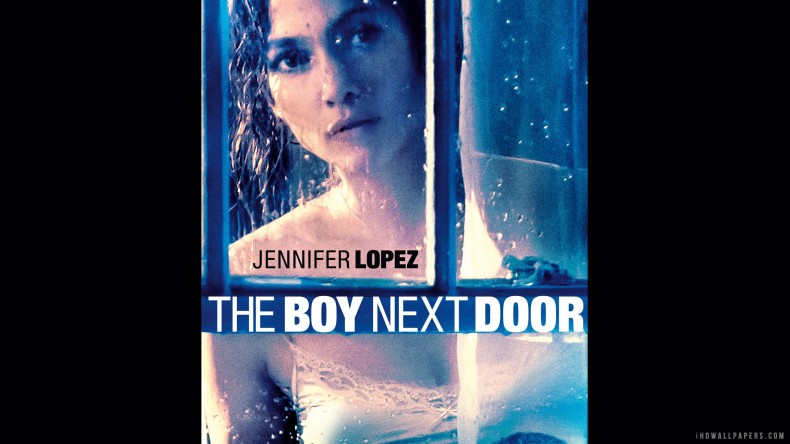 Cohen has some innovate ideas that thankfully takes our minds off this too much lipgloss and hairspray affair.
This slap-dash attempt at trying to incorporate Homer's Iliad into this fairly basic narrative simply missed the mark.
Total Score
An over the top, predictable film that sadly doesn't deliver us anything new when it comes to the stalker genre.

Undoubtedly, Jennifer Lopez has been a sex symbol for as long as the media can remember. Singer, dancer, actress – it seems this woman ticks all the boxes. Now in her 40’s this woman is still undeniably in great shape and in latest film The Boy Next Door,  director Rob Cohen isn’t afraid of getting the camera up close and personal, with both Lopez and leading man, or should we say boy – Ryan Guzman.

We are introduced to teacher Claire (Lopez) and her sickly son Kevin (Nelson) on their way to the doctors as the new boy next door uses his muscles and charm to wangle his way into their lives. As we along with new boy Noah (Guzman) realise that Claire’s marriage is on hiatus due to cheating husband Garrett (Corbett) it takes no time at all for him to make his move on the hottest teacher in town. Except when it comes to making a move, forget about flirting, unless you count quoting lines of Homer’s Iliad (a first edition, no less!) as mild foreplay, this rapidly turns into a lustful evening which was clearly a mistake. A lapse in judgement on her part, however a lapse that leads to a student having an unhealthy infatuation with his English teacher.

At first glance The Boy Next Door doesn’t appear to be a comedy, albeit 15 minutes in one can’t help but burst spontaneously into laughter. Obviously, not the intended reaction for this so called stalker thriller, yet the somewhat clichéd and cheesy lines given to the characters made this all the more unbelievable. Close ups of sweaty pecks, firm bum cheeks and Claire creepily peering into the boy next doors bedroom are done in such a way that seriously doesn’t come into it.  Such moments completely eradicate any tension that had been build up prior to the films resolution. When it comes to Cohen, you can expect a similar vibe as his previous work; XXX and The Fast and the Furious. Although, there are innovate shot choices and angles that resonate an independent flare that worked alongside this, if done a little better, quite dark and sinister explorations of human behaviour.

Lopez holds her own as the tight skirt, heels wearing teacher and dancer Guzman parades his toned abs and chiselled jaw, in a Brando, Streetcar Named Desire-esque way in order to carry himself through the role of psycho Noah. When it comes to the overall believability of the film, there was far too much lipgloss and hairspray for it ever to get there. After a passion fuelled night with a ‘nearly 20’ year old, one does not wake up with a face full of make up and perfectly volumised hair – but of course Mrs Peterson does. In the final throws, this film goes down a route you wished it hadn’t – it ends up looking like something out of Scary Movie crossed with a bad case of acting and arson. Acceptable if this was indeed an 80’s B Movie, but ultimately it wasn’t. If only some of the back story was left for us to work out for ourselves instead of it being spelt out on screen, the films mystery would have remained in tact.

The Boy Next Door is an over the top, predictable piece of film that sadly doesn’t deliver us anything new when it comes to the stalker genre. Well, except a few laughs.

The Boy Next Door is released in UK cinemas this Friday 27th February, 2015.