Interviews
Movie Reviews
1 like 0 comments
Posted May 22, 2014 by Jessy Williams 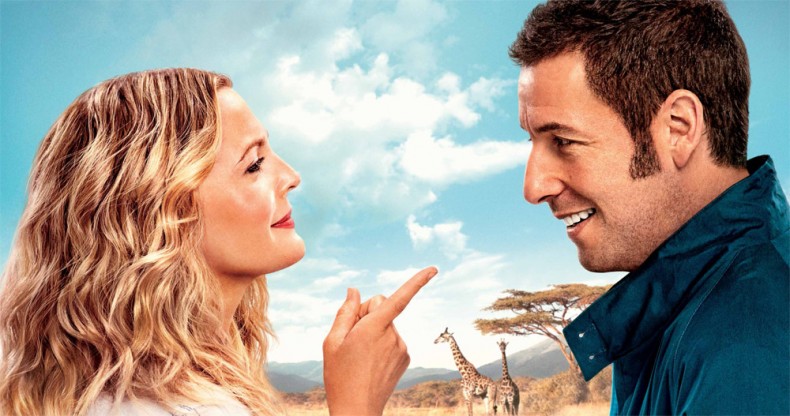 When compared to some of the abominations starring Adam Sandler, Blended is not that bad.
The unpredictability of Blended is its most predictable fault.
Total Score
Despite scraping the bottom of the comedy barrel with potty humour, if you're after a few cheap laughs, you could do worse.

Blended is the latest comedy endeavour from director Frank Coraci (Click, Here Comes The Boom). The story follows a couple of single parents played by Adam Sandler and Drew Barrymore as they unwittingly embark on an African holiday together; five kids and all. As expected, they face various trials and tribulations but, in the words of the roaming Greek Chorus called Thathoo, they must learn to “blend”.

When compared to some of the abominations starring Adam Sandler, Blended is not that bad. It’s not going to leave you feeling suicidal and there’s no (WHAT) cameos from Al Pacino. However, if we look honestly upon Blended and even ignore such travesties as Jack and Jill, it is still obvious that this is a pretty ghastly excuse of a film. Blended is a poor, rather racist and ridiculous romantic comedy that is 40 minutes too long and short on any ounce of originality.

As per usual, Sandler proves he cannot steer away from portraying an immature loser of a character and fails to bring anything we’ve not seen him do before. His acting is unsurprising and predictable, albeit believable and convincing. Drew Barrymore does what she does best and portrays the gorgeous, but slightly goofy female who is recently divorced. She undoubtedly commits to her role, but her character is ultimately far too cliched and uninteresting to warrant any affection from the audience.

The unpredictability of Blended is its most predictable fault. From the onset, we all know how the film is going to end and its 117 minute runtime is unnecessary and ridiculous. There is absolutely nothing in Blended that will take you by surprise and you’ll be left wondering “wow”, as the credit’s roll when you realise you’ve just lost almost 2 hours of your life to Adam Sandler, again.

The Thathoo Chorus start the film as a welcome interference, however, it soon becomes an annoyance that manages to spoil the rhythm of the film. Their own inability to “blend” within the film itself leaves their mantra in a hypocritical and ironic heap on the floor. That being said, a generous amount of praise has to go to Shaquille O’Neil who plays Doug, the lead singer of Thathoo, who commits to his role with such gusto you have to wonder what he was on during filming.

All in all, you get what you expect with Blended. If you’re after a few cheap laughs, you could do worse. However, I’m sure you can probably think of a better way to spend your hard-earned cash this week.