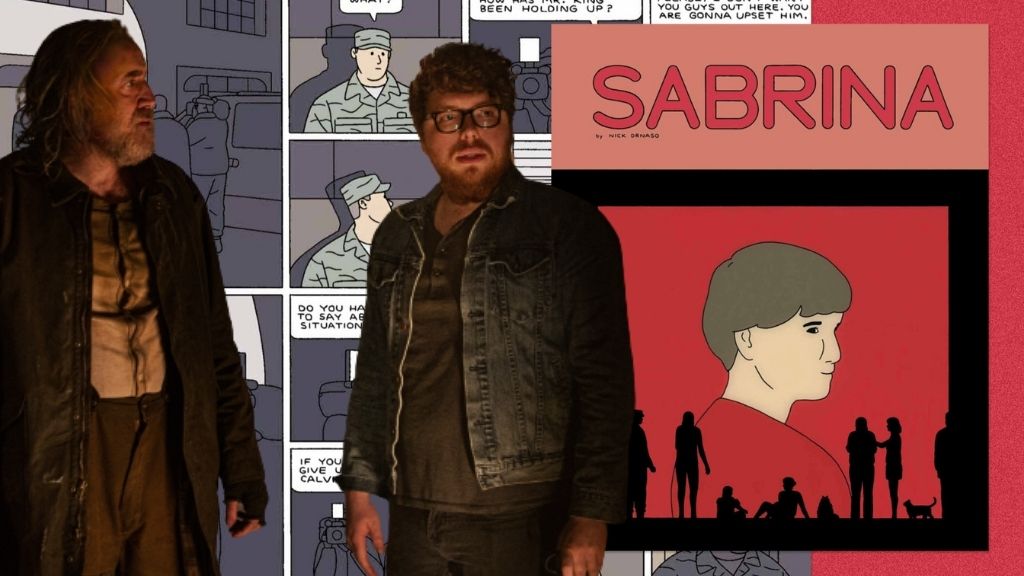 Nicolas Cage is the talk of the town right now as Tom Gormican’s The Unbearable Weight of Massive Talent releases in theaters today, for which Cage made his first appearance on national TV in 14 years last night on Jimmy Kimmel Live! Despite the world’s current Cage Rage, last year’s Pig became a huge overnight success, so much so that it earned Cage some of the best reviews of his career and played a significant role in the film’s director, Michael Sarnoski getting hand-picked to helm the third entry in the A Quiet Place franchise.

And whilst the A Quiet Place spin-off is expected to be Sarnoski’s next release, he is now attached to write and direct a feature film adaptation of Nick Drnaso’s “Sabrina,” a project Drew Goddard was reportedly on board to write, produce, and direct back in 2019.

First published by Drawn & Quarterly in May 2018, “Sabrina” was very well-received by critics, becoming the first graphic novel to be longlisted for the Booker Prize. Serving as a commentary on the current “fake news” climate, the book focuses on a grief-stricken man whose girlfriend, Sabrina, disappears. In an attempt to cope with the situation, he goes to live with a childhood friend, an Air Force programmer who lives on an isolated military base. But when a video of Sabrina’s brutal death is deliberately leaked to various media outlets, her disappearance goes viral. Subsequently, conspiracy theories surrounding Sabrina’s murder emerge left, right and center, suggesting that the two men are behind it all.