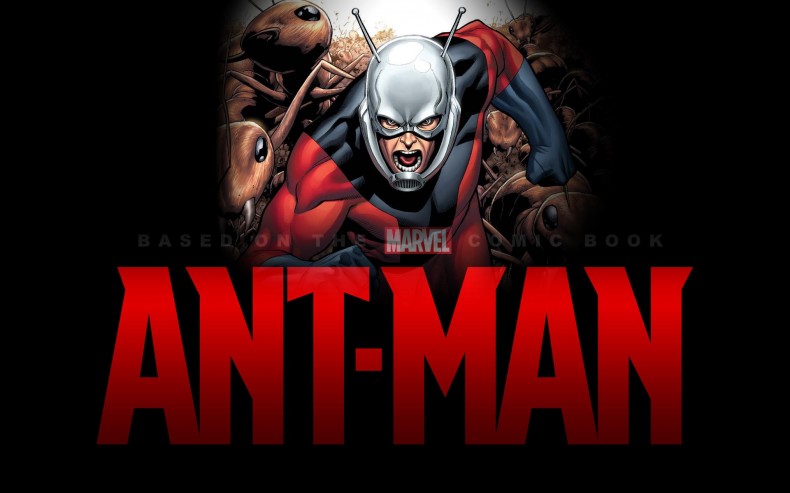 When Marvel recently announced that Paul Rudd would play Ant-Man, comic fans everywhere breathed a sigh of relief. Speculation still remained however, as three separate characters have each donned the ant-controlling (!) cybernetic helmet at some point in the original comics.

Today, Marvel have confirmed that multiple Oscar winner Michael Douglas will play Hank Pym in Edgar Wright‘s upcoming Ant-Man film. The announcement comes just a day after Douglas won the Golden Globe for his stellar performance in Behind The Candelabra and clearly Marvel are keen to maintain the buzz. In addition to this news, the studio also revealed that Rudd will play Scott Lang, the second comic book incarnation of the miniature super hero.

In the comics, Pym is a scientific genius who discovered a way to increase or decrease his mass at will, an ability he used in order to become the original Ant-Man. Scott Lang later stole Pym’s Ant-Man suit in order to save his daughter from a serious illness but the two heroes ultimately parted on good terms.

So what does this all actually mean for the Ant-Man film?

Douglas is a huge asset for a movie based around such a little-known character (pun intended) and his involvement will likely draw in larger audiences. SHIELD features heavily in the Marvel Universe at the moment so I imagine that either Douglas, Rudd or even both actors will play characters associated with the organisation. You can’t have a Marvel film without Samuel L Jackson popping by now can you?

The comic book geek in me is also excited at the prospect of linking Ant-Man with the upcoming Avengers sequel as part of Marvel’s Phase 3. Pym originally created the robot Ultron who has already been confirmed as the main antagonist for the Earth’s mightiest heroes, so I would be very surprised if Douglas doesn’t appear in that movie too, even if just in a small small cameo role (pun not intended but deliberately left in).

If I could interview Edgar Wright right now, what I would want to know is will Pym wear the Ant-Man suit or will he just invent the technology? And will he be able to control ants and fly around on them like some teeny tiny Lone Ranger? And will Pym’s wife Janet Van Dyne (The Wasp) make an appearance? Let us know what you think will happen in the comments section below.

David is a primary school teacher who tries his best to turn every math lesson into a discussion on the latest Pixar film. He loves movies so crap they're good - hello anything starring Anna Faris - but his real passion is for superheroes, zombies and Studio Ghibli. In between going to the cinema, moving to South Korea and eating his body weight in KFC, David writes for a number of sites, including Cinema Chords, Be Careful! Your Hand! and Man, I Love Films.
You might also like
HeadlinesNews