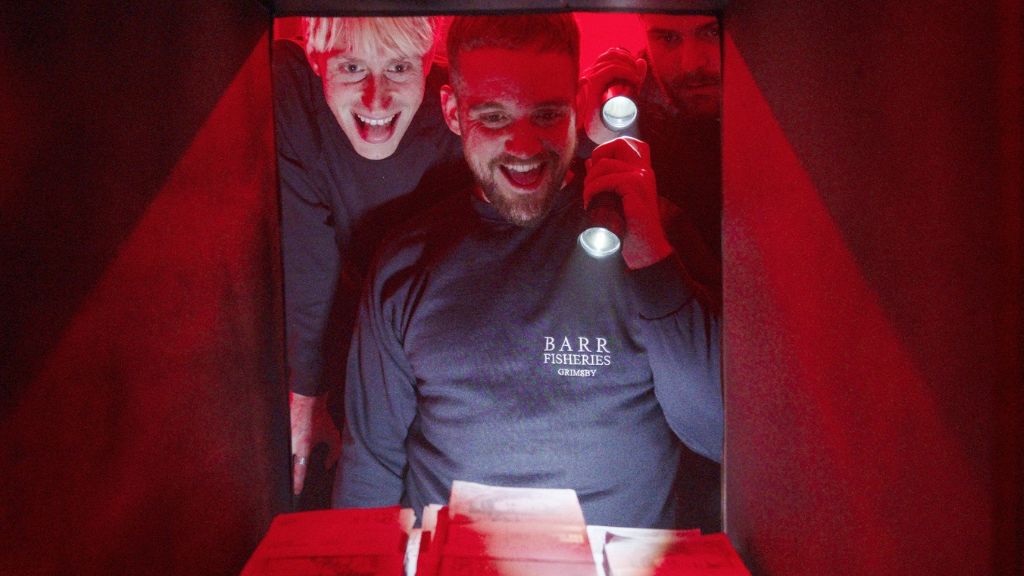 The film follows the trials and tribulations of three friends who return home after weeks at sea working for Grimsby’s last remaining trawler. Their plans to enjoy the ultimate three-day-long celebration are upended when they find out that company owner hasn’t been paying the workers and plans to shut the company’s doors forever. In an attempt to save their company, save their friends, and most importantly, save their way of life, the trio join forces with an unexpected confidant to hatch a plan to pull off the greatest heist in Grimsby’s history.

Three Day Millionaire will release in UK cinemas and on digital platforms this coming November 25, 2022 and for now, we’ll leave you to get acquainted with “Grimsby’s 4” in the trailer below.