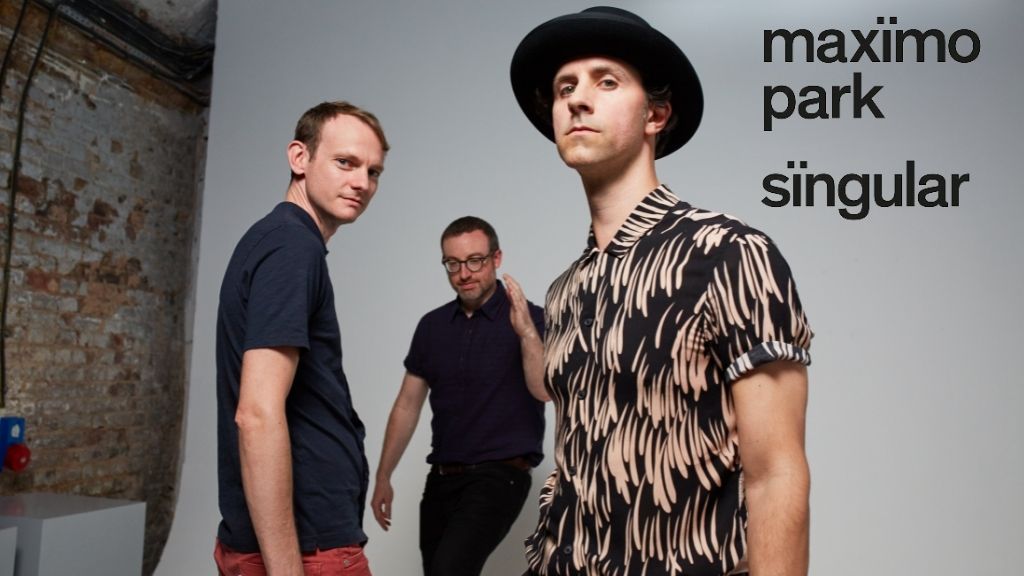 Maxïmo Park is today letting fans have their cake AND eat as the band has 1). Announced that they’ll be hitting the road with a forthcoming “singles-only” UK tour, and 2). Released a brand new single, “Great Art”; their first new music since “Nature Always Wins.”

The aptly titled “Sïngular Tour” will be a rare chance to hear Maxïmo Park take fans on a nostalgia-filled journey across their prolific career, spanning the better part of two decades. Celebrating the art of the single, the band will perform the likes of “Apply Some Pressure” and “Going Missing” from their breakthrough debut album “A Certain Trigger,” to “All Of Me” from their latest album “Nature Always Wins, via whirlwind fan-favourites like “The National Health” and “Our Velocity.” As you’re already guessing, it’s going to be an unmissable set of shows unlike any they have done thus far.

As we also mentioned in the preamble, fans have been treated to a brand-new single today, ‘Great Art’ – their first new music since last year’s album “Nature Always Wins,” which peaked at #2 on the Official UK Albums Chart with a mere 549 copies separating them from the number-one album that week: Architects’ “For Those That Wish to Exist.”

It’s a song that speaks volumes of the band’s ongoing frustrations after a decade of right-wing rule that has destroyed communities, generational and international relations, not to mention the art world. Commenting on the band’s brand-new release, frontman Paul Smith said:

“The song is about the insidious nature of Conservative ideology, and a response to people who say, “at least we’ll get some great art out of it!” We’re excited to have new material to play alongside our other singles on the Sïngular tour – we’ve always written songs crammed full of hooks, so that’s our ideal medium in some ways.”

You can get your hands on the “Great Art” 7 inch single here and watch the official visualiser below:

Maxïmo Park will be taking the Sïngular Tour on the road to the following venues with tickets going on general sale from March 31st.