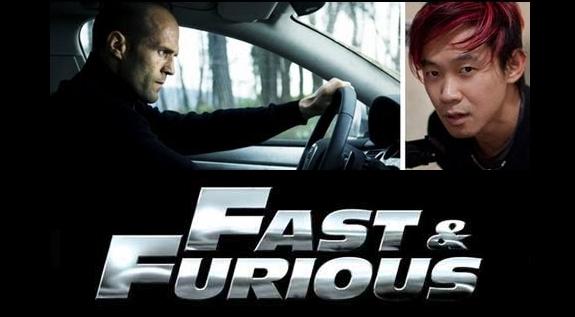 With James Wan’s next horror flick The Conjuring all set to creep US audiences out this weekend, the director has been attending press interviews left right and centre. During said interviews he let slip a few comments about what direction he wants to go in the seventh installment of the Fast and Furious franchise, further to Justin Lin‘s departure.

Although the news of the new director came as quite the surprise to most fans of the franchise, given his penchant for low-budget horror affairs, Wan confirms the next film will certainly have its own unique style whilst the fans amassed so far will still be able to relate and enjoy his take.

“I really like the theme of this next one that we’re going with … there’s the drive of Number Seven, which was set up at the end of Number Six, which is a classic revenge story. I’m a big [genre] fan, so that’s how I’m approaching it: I’m looking at it like a gritty, ’70s revenge thriller, but one that still fits into the ‘Fast and Furious’ series.”

Talking of his love for ’70s revenge thrillers, Wan went on to cite the likes of The French Connection and Death Wish as influences for Fast ‘Number Seven’. Looking back at Wan’s past films the most similar project he has done to date was 2007’s Death Sentence, which starred Kevin Bacon as a father out to serve justice in teh aftermath of the brutal killing of his son.

We’ll keep you updated should Wan spill any more beans over the course of the week in the run up to The Conjuring. The director also has the horror sequel Insidious: Chapter 2 (written by Leigh Whannell) in store for audiences, released in the UK and US on the 13th of September so there’s plenty to be excited about.