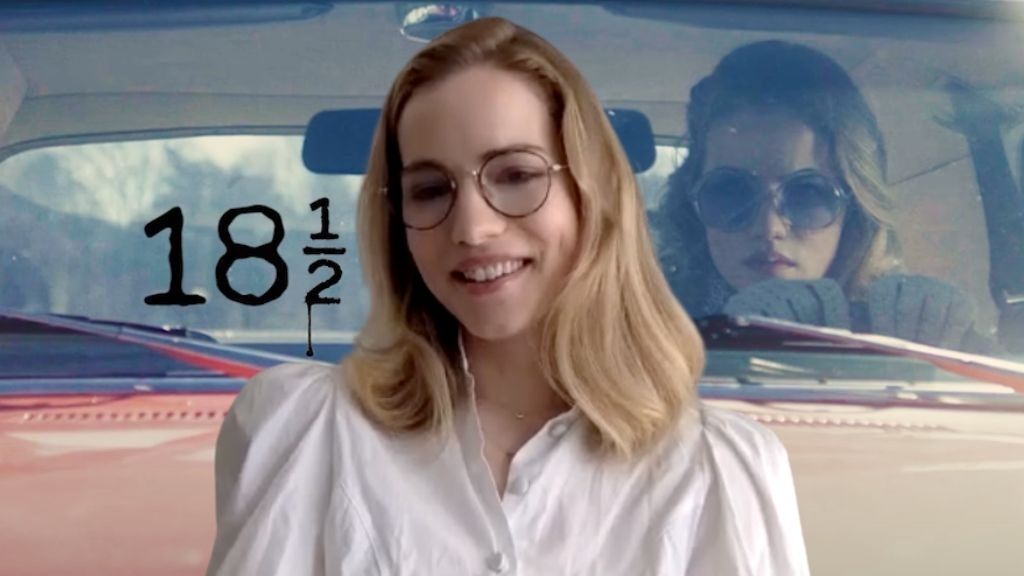 Following a successful run at more than 20 festivals on the international circuit, Dan Mirvish‘s (Between Us, Bernard and Huey and a Slamdance Film Festival Co-founder) indie gem, the Watergate thriller/comedy 18½ is all set for a nationwide theatrical release from May 23 through Adventure Entertainment.

The film humorously retells the infamous gap in Nixon’s Watergate scandal. Taking place in 1974, the film revolves around a fictional transcriber for the White House who gets her hands on the only copy of the aforementioned 18-and-a-half-minute gap in Nixon’s Watergate tapes, but her attempts to leak the recording to the press are met head-on by hippies, swingers and nefarious forces.

In anticipation of the film’s imminent release, CinemaChords’ Howard Gorman sat down with the film’s leading actress, Fitzgerald (currently filming Mike Flanagan’s “The Fall of the House of Usher”), to discuss the film’s themes, the ’70s setting and how Mirvish and Moya went about creating a timeless and internationally relatable film despite it being set in a specific time and place.